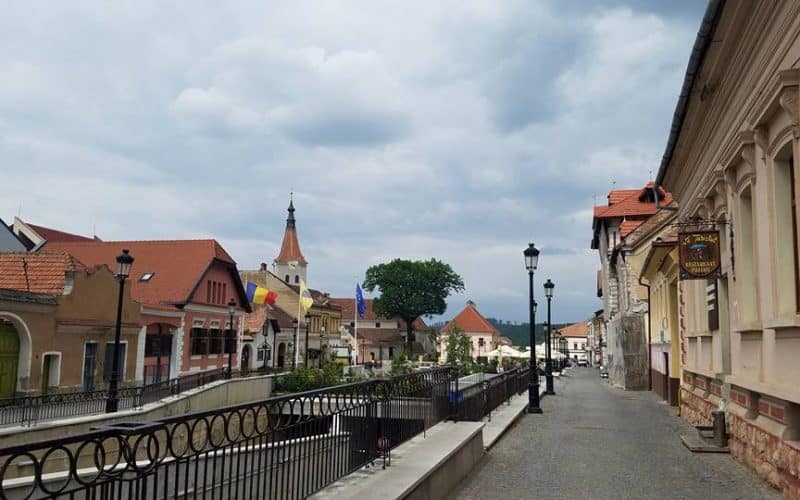 At our cute hotel in historic Brașov, we consumed a bountiful breakfast and then set forth through the woods to Râșnov with snacks we’d purchased at the nearby Carrefour. It was on this hike that the fateful hummus was consumed.

Woods! Per our walking guide, these are not just any pedestrian run-of-the-mill trees, but splendid conifers. 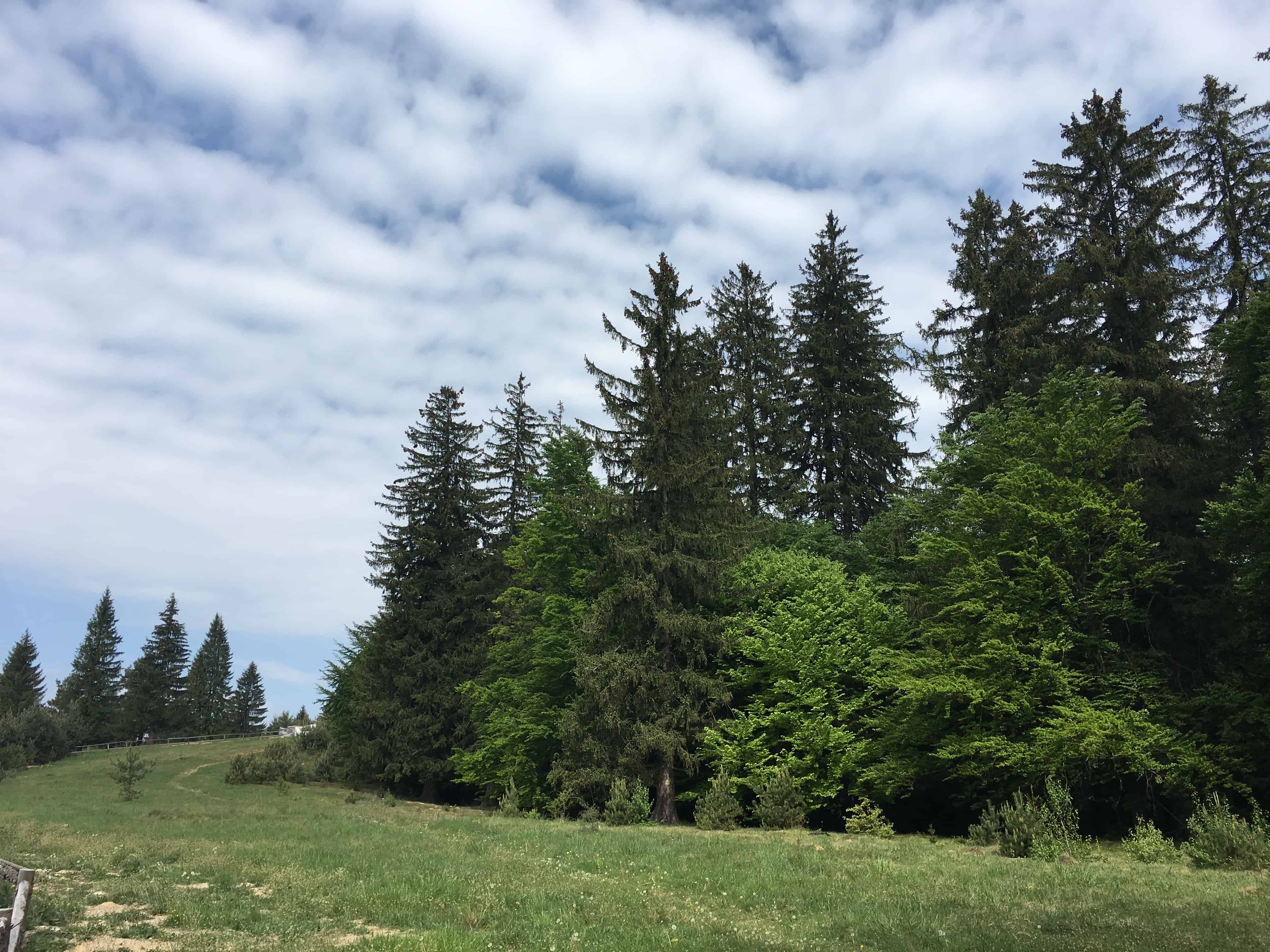 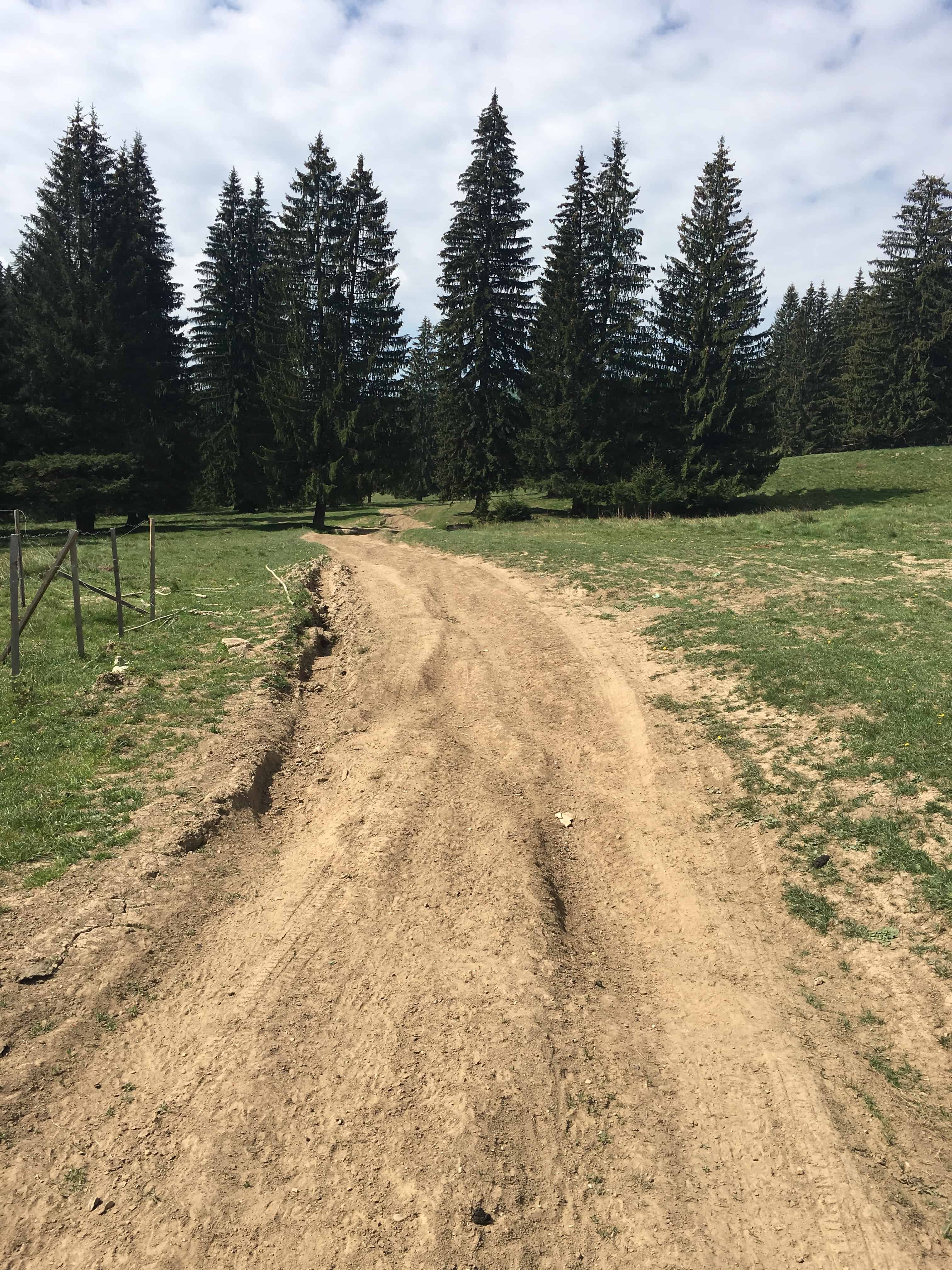 We did get lost … missed a path marking and went up a half washed out dirt track into a forest for a ways before we realized our mistake. A friendly sheepdog had come out from a house and was walking with us. Even he knew we were on the wrong path and turned back. While on the wrong path, we stumbled across this kind of odd fairyland homestead/camp that was half built with beautiful peaked archway tunnels woven out of branches going through thickets. There were half-built peaked huts, woven fence lines and all sorts of stuff which Dar found fascinating and Karen found slightly creepy and wondered if we were about to be captured and sacrificed. Neither of us thought to take pictures and we’re kicking ourselves now.

The road into Râșnov. 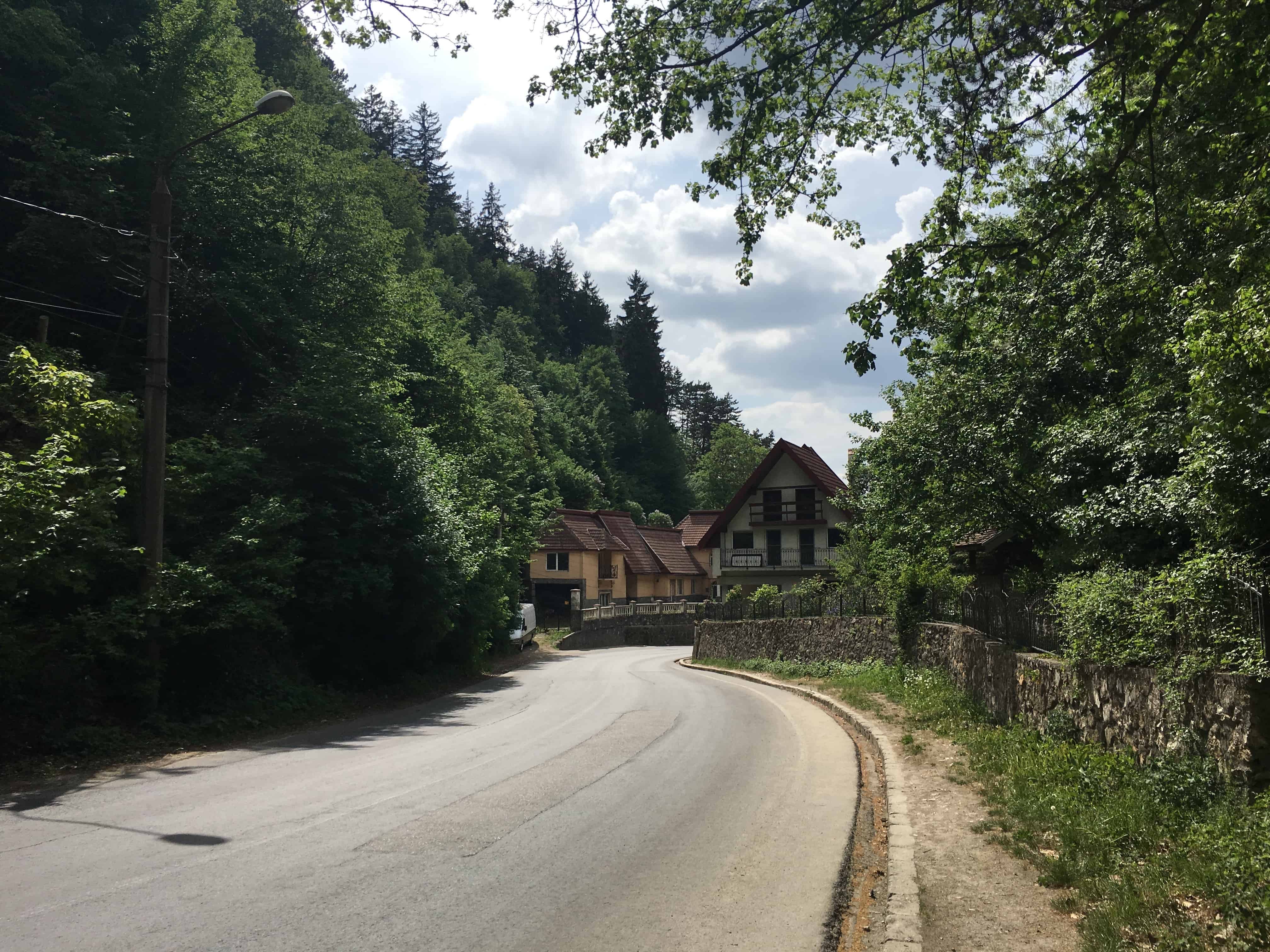 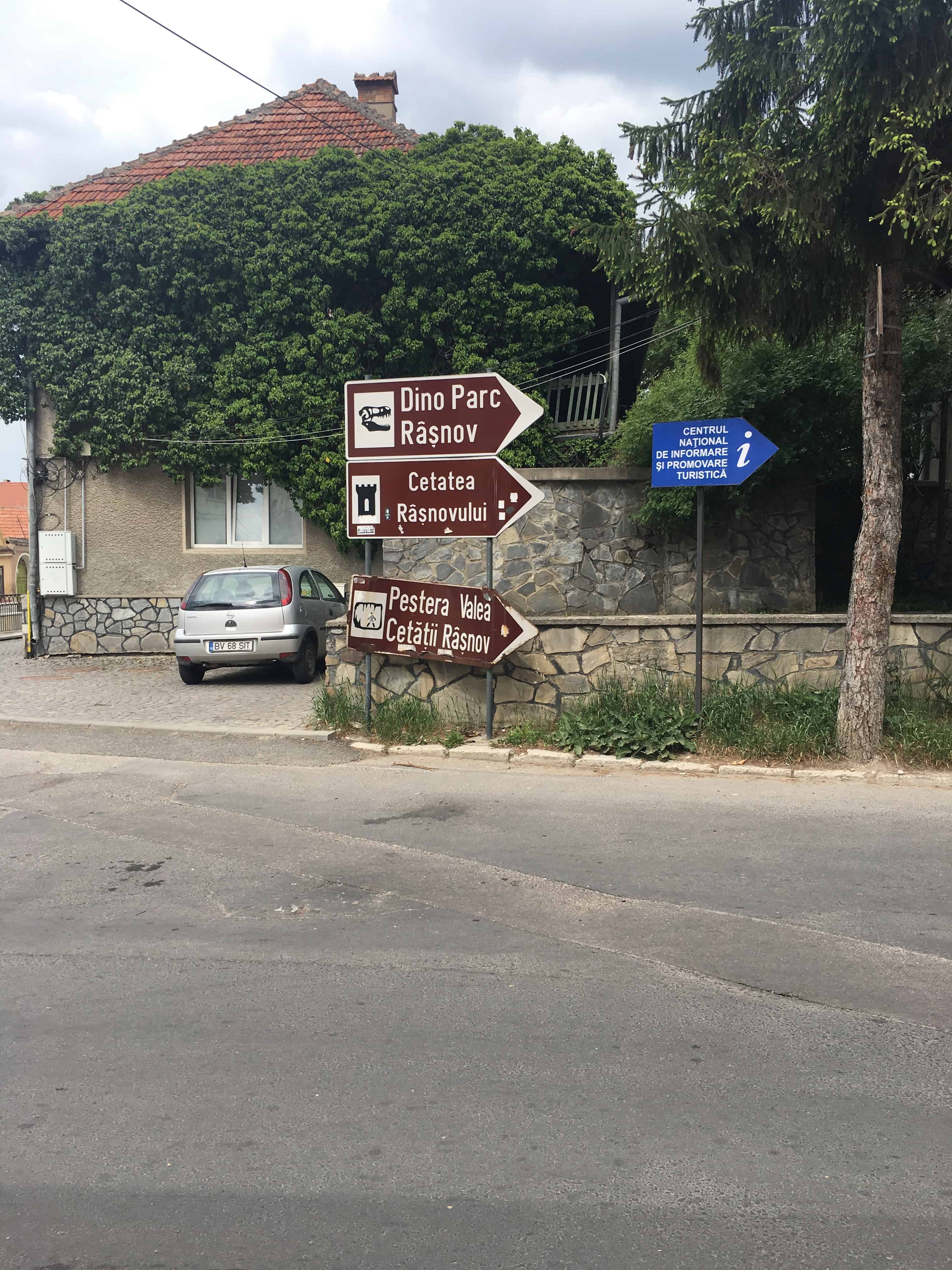 Râșnov has an adorable downtown. 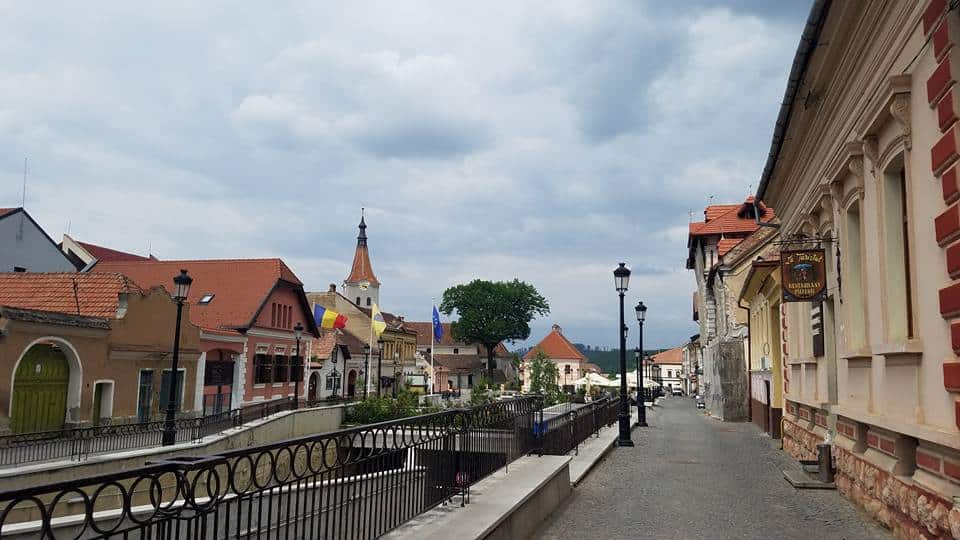 Our pensuine sported a guest cat who graced our room with its hairy presence.

I had traditional sausage and beans for dinner. Mmmmm sausage. Dar was able to easily eat vegan anywhere we went because Romanian is mostly orthodox Christian with tons of holy days that require following dietary restrictions, so they have a “fasting menu” composed exclusively of Dar-safe food and she never had to explain veganity to anyone.

We also had chocolate salami, which was AMAZING. I attempted to replicate it at home, and it was good, but not quite as good, and my salami was more of a flattened oval than a salamish log.