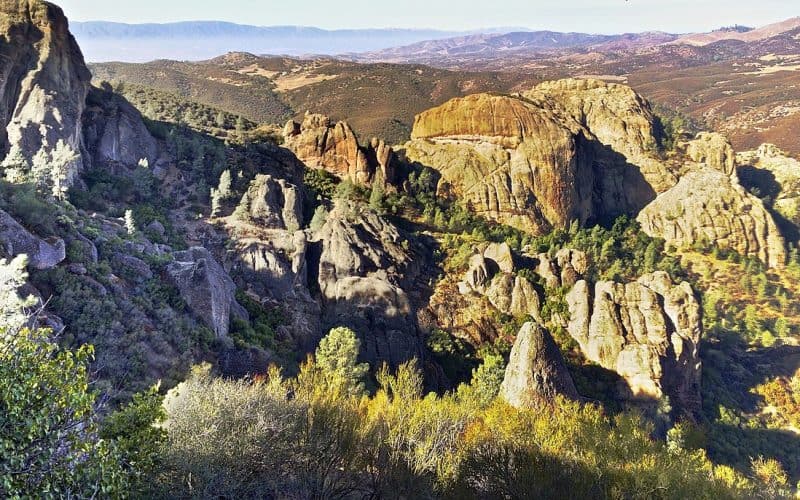 Named for the eroded leftovers of a portion of an extinct volcano, the park’s massive black and gold monoliths of andesite and rhyolite are a popular destination for rock climbers. Hikers have access to trails crossing the Coast Range wilderness. The park is home to the endangered California condor (Gymnogyps californianus) and one of the few locations in the world where these extremely rare birds can be seen in the wild. Pinnacles also supports a dense population of prairie falcons, and more than 13 species of bat which populate its talus caves.