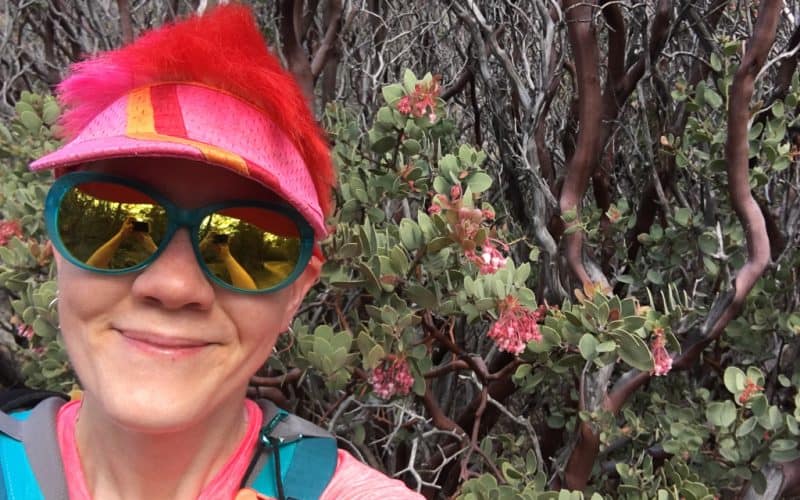 Ah, the joys of a town surrounded by a state park / wilderness. On the first day of our stint in Idyllwild, we tackled the Suicide Rock Trail in Mount San Jacinto State Park.

I sprung for an AllTrails Pro subscription so that I could download a map with the trail already marked and track our progress on my phone without a cellular connection to make sure we didn’t get off track. Best $30 I ever spent as (a) I lost cell reception before we even got to the trail and (b) California is not into trail markers. What gives, California? Give your Search & Rescue teams a break, keep hikers from accidentally getting lost.

AllTrails describes the hike as being heavily trafficked, but we went on a Thursday morning (yay vacation!) and only saw a few people on our way up. As we made our way down in the afternoon, we ran into several people. Generally, we were pleasantly alone.

Parking at the trail head is a pullout off Route 243, the main drag through Idyllwild. There’s a noticeable sign for Deer Springs Trail parking.

At the lower climes, there is much manzanita, blooming with pretty pink flowers at the end of May. 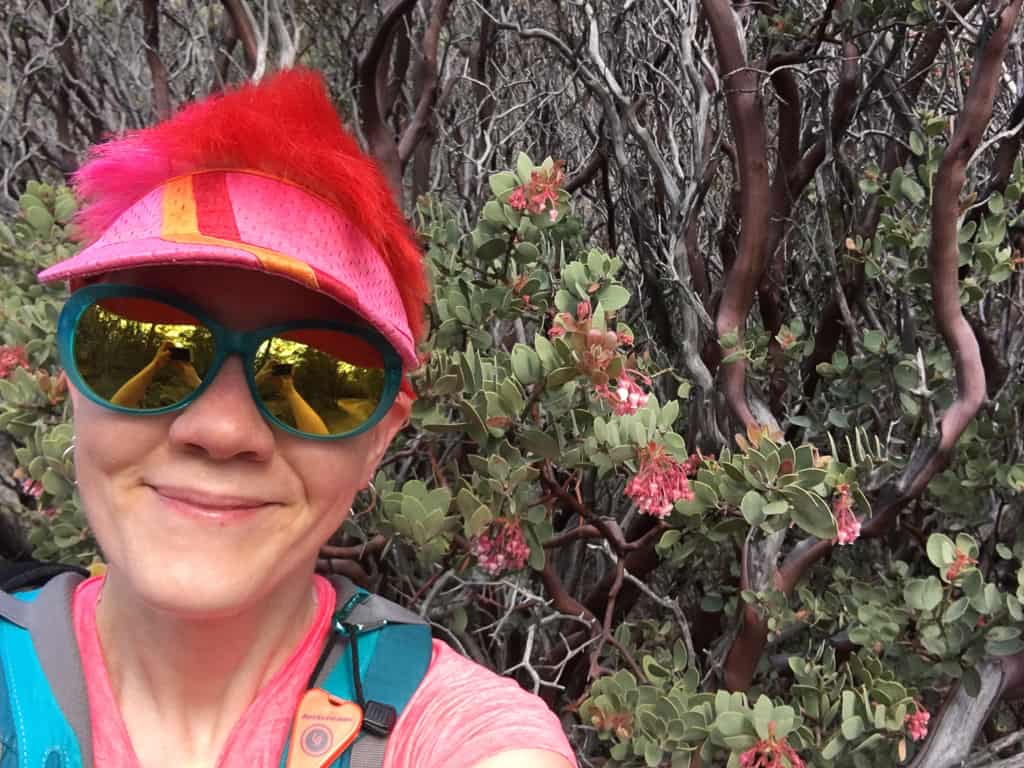 As you get higher in elevation, Ponderosa pines join the mix. 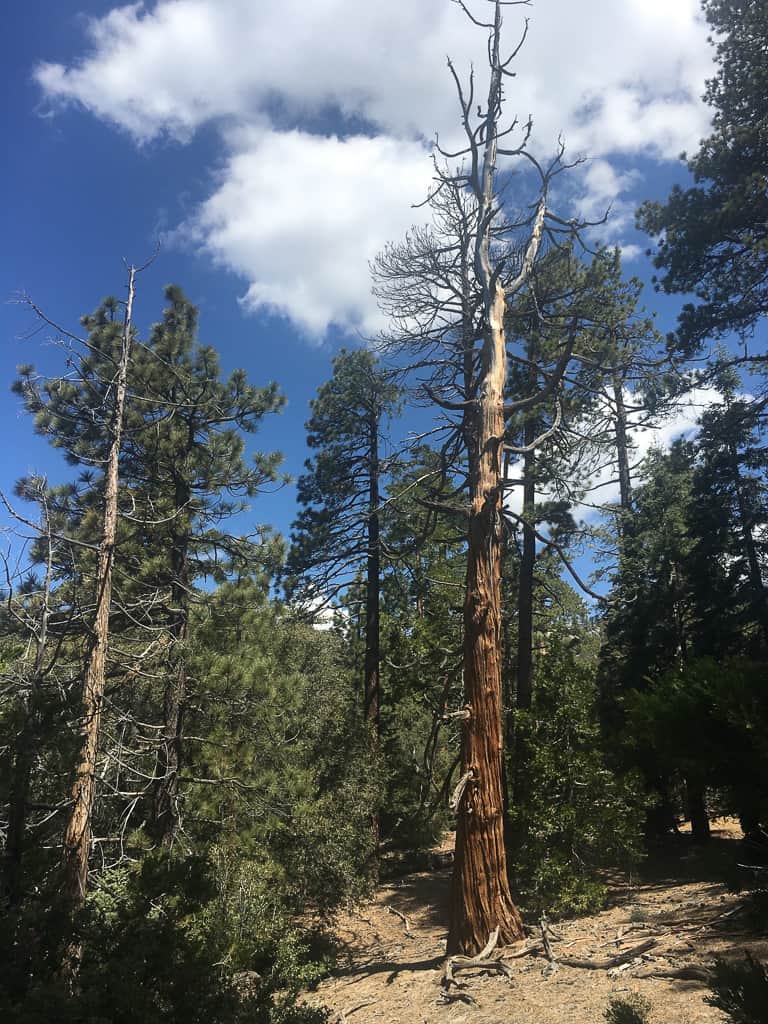 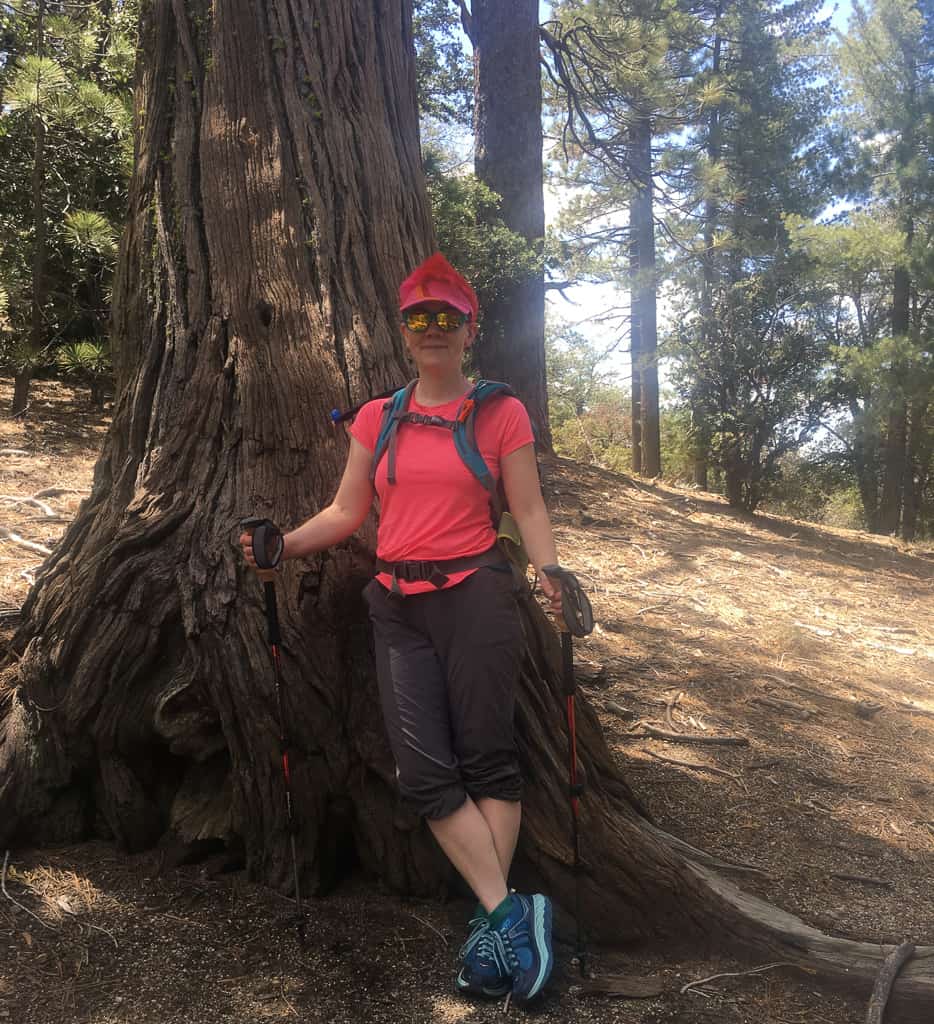 At the two-mile point, you come to the Suicide Rock spur trail off Deer Springs. I am THRILLED to be going to my certain death. The naming committee around here needs some oversight. 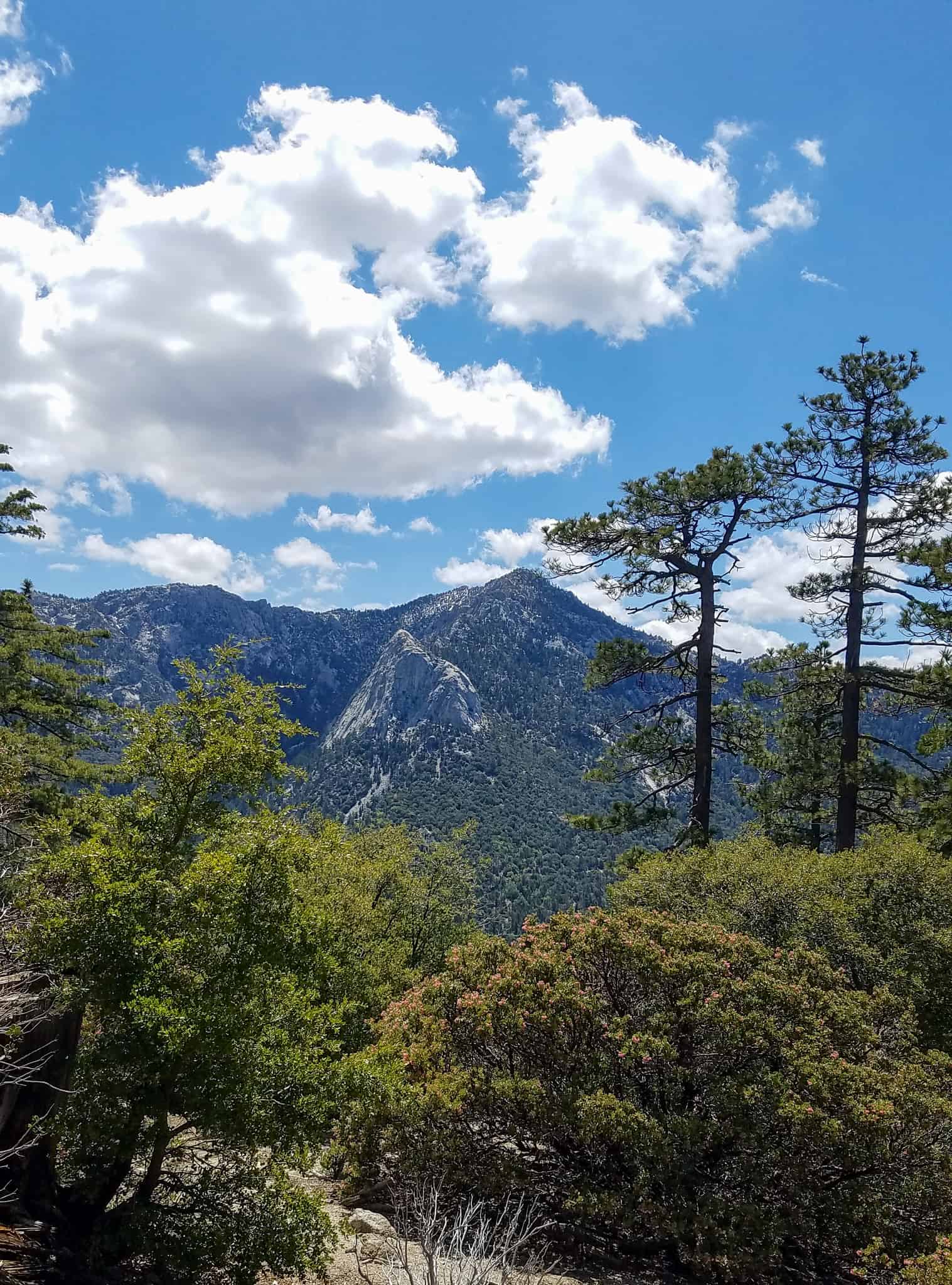 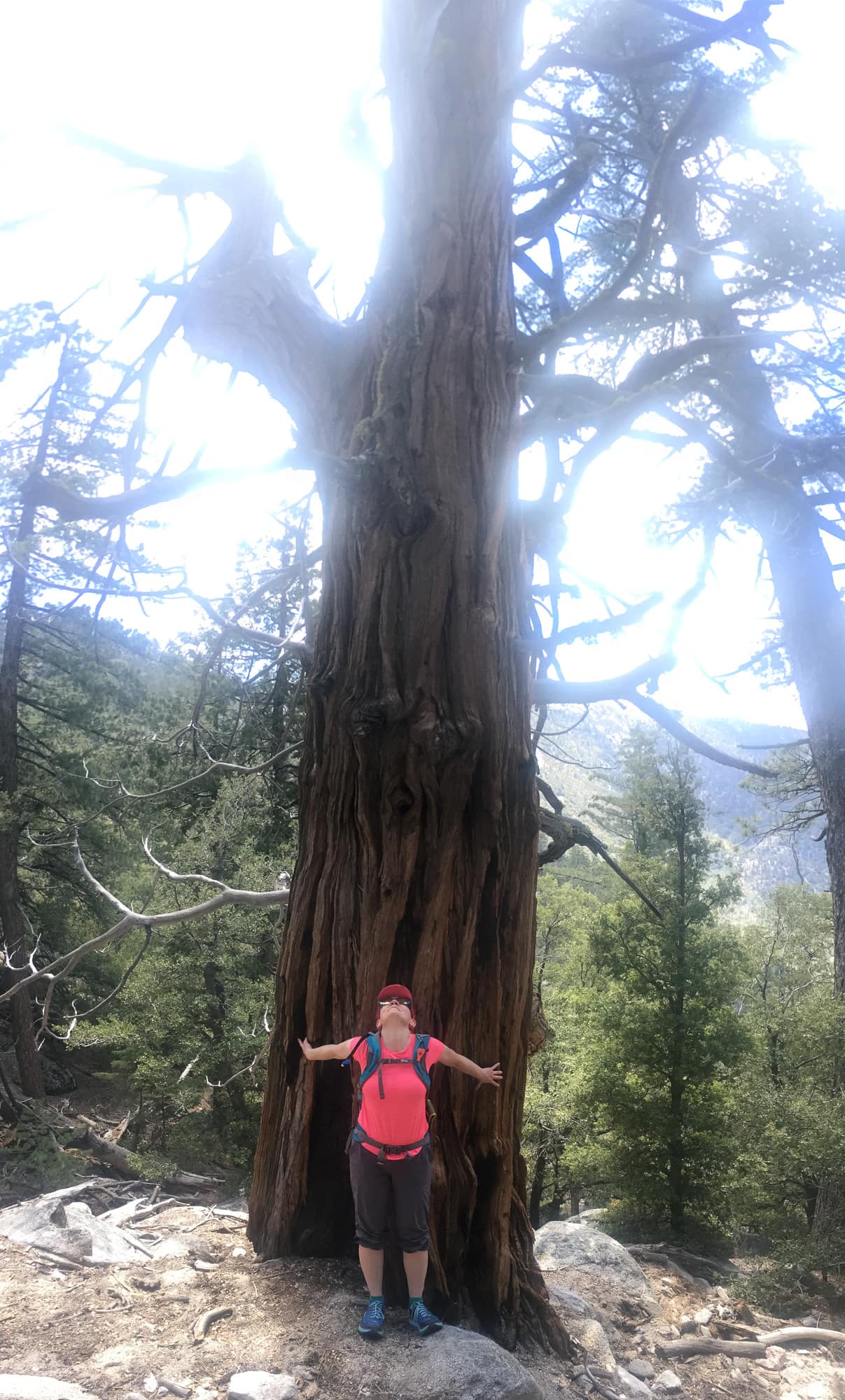 As you approach Suicide Rock itself, there are lovely views across the valley to other peaks. 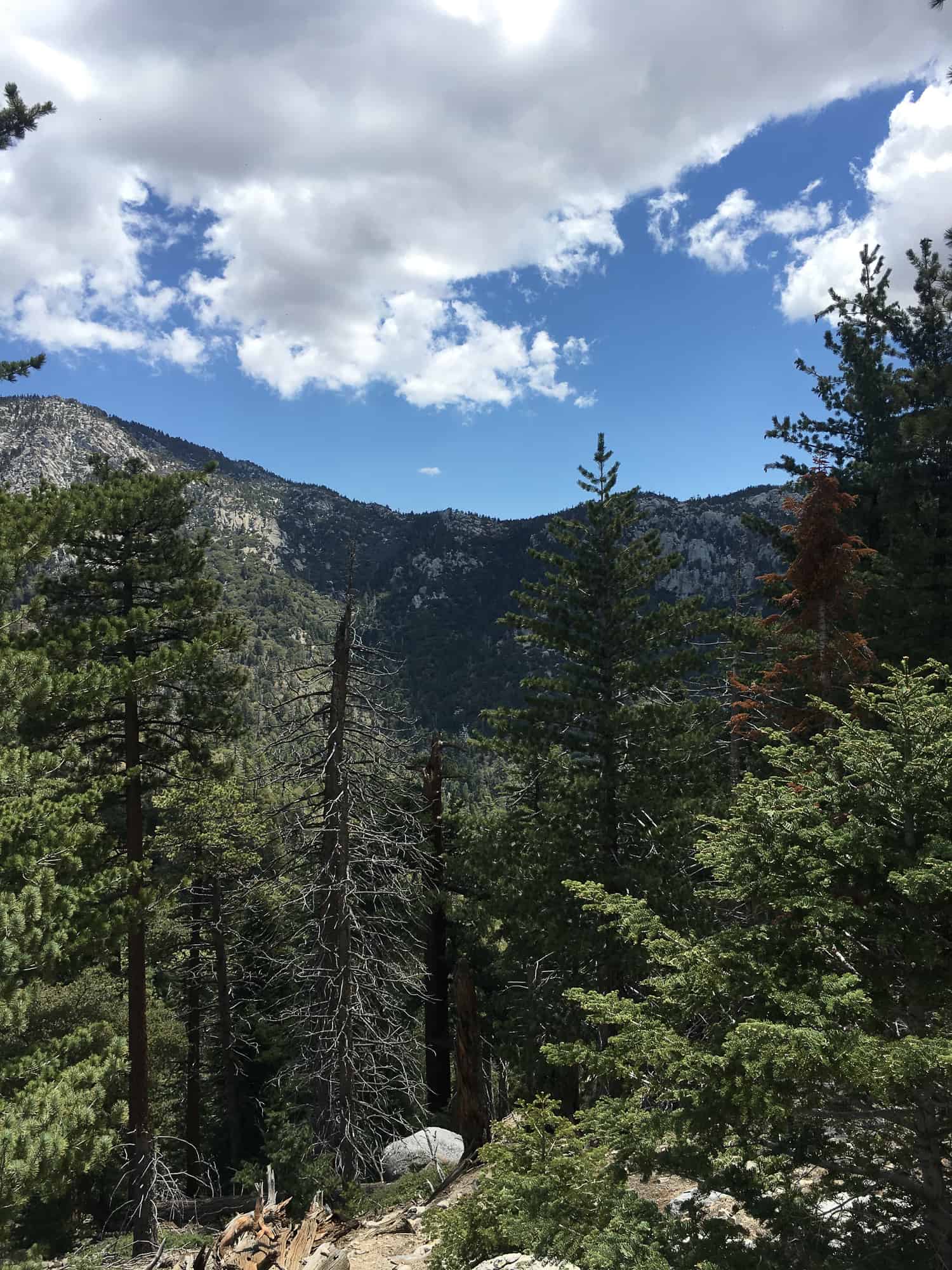 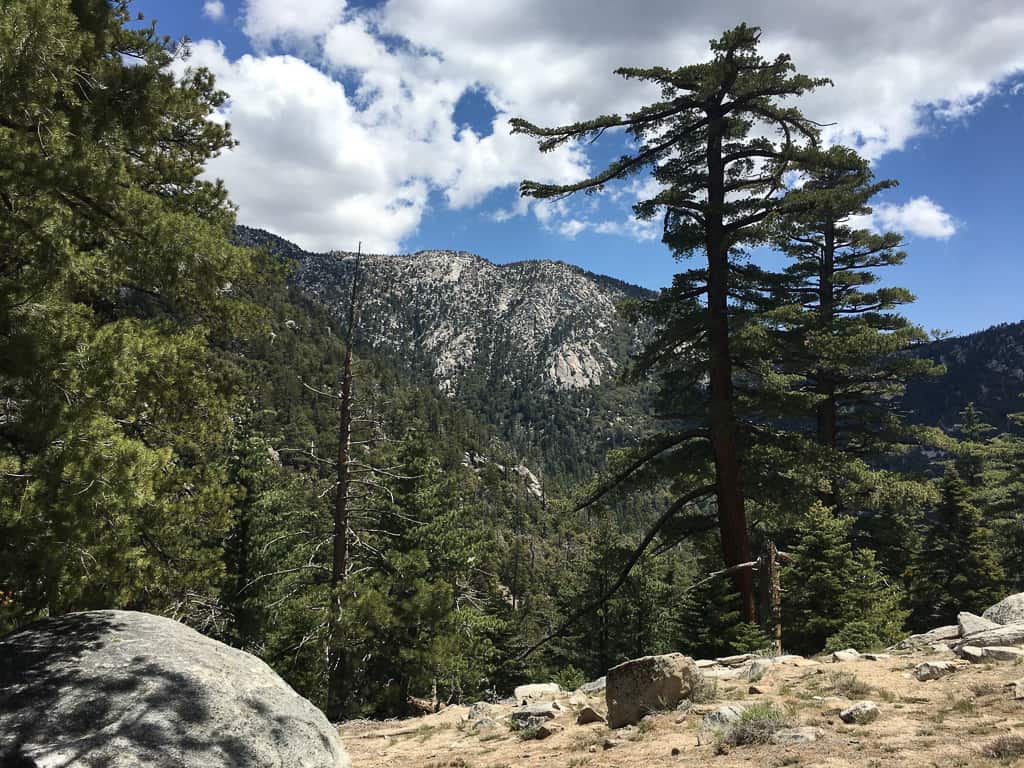 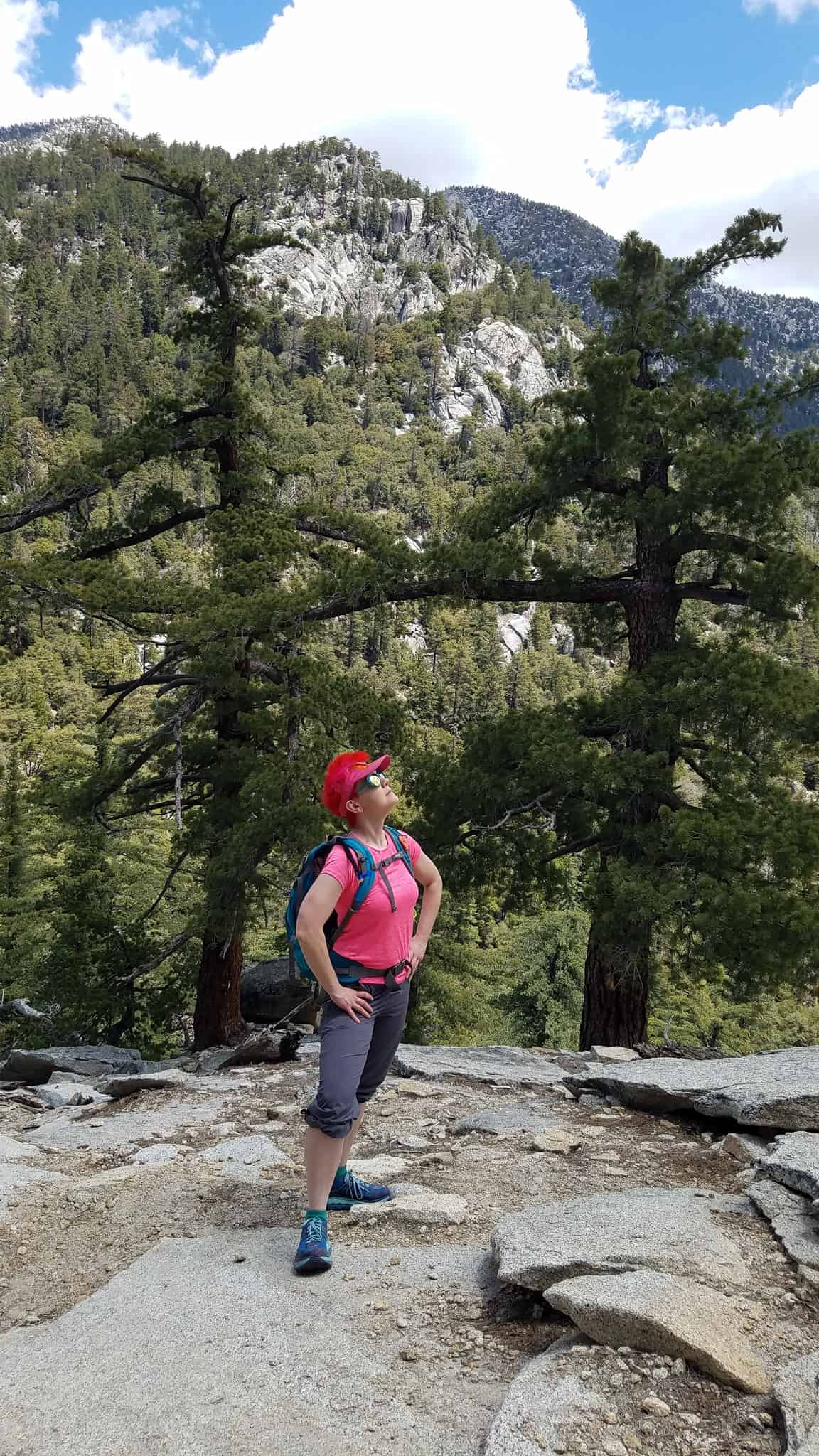 The top of Suicide Rock, which is the part you’ll find by climbing the trail, is a lovely place to lie and watch cloud pangeas form and dissipate and re-form. Lizards will do push-ups in an attempt to impress you. Feel free to challenge them to a push-up-off for territorial dominance. (Back at the house, a lizard challenged my hiking companion to a head-bob-off and was horrified and chastised when she engaged him and apparently won.) 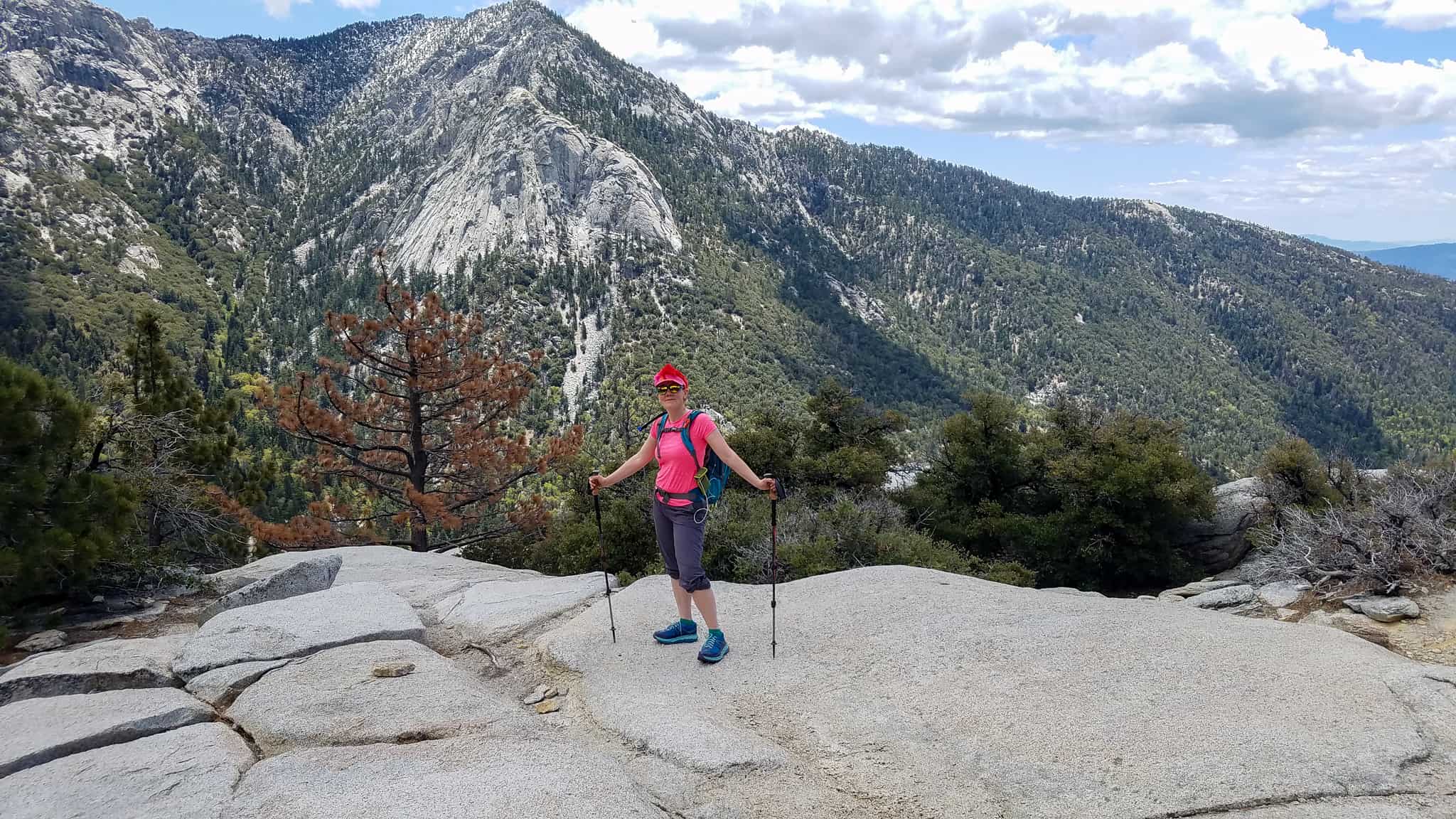 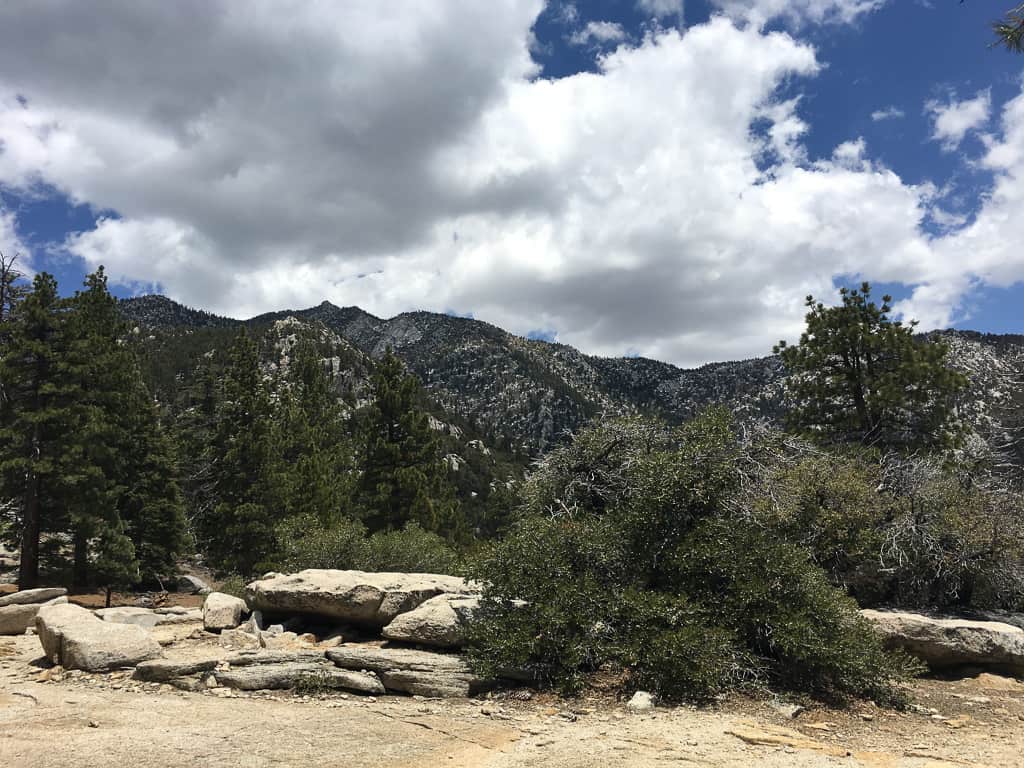 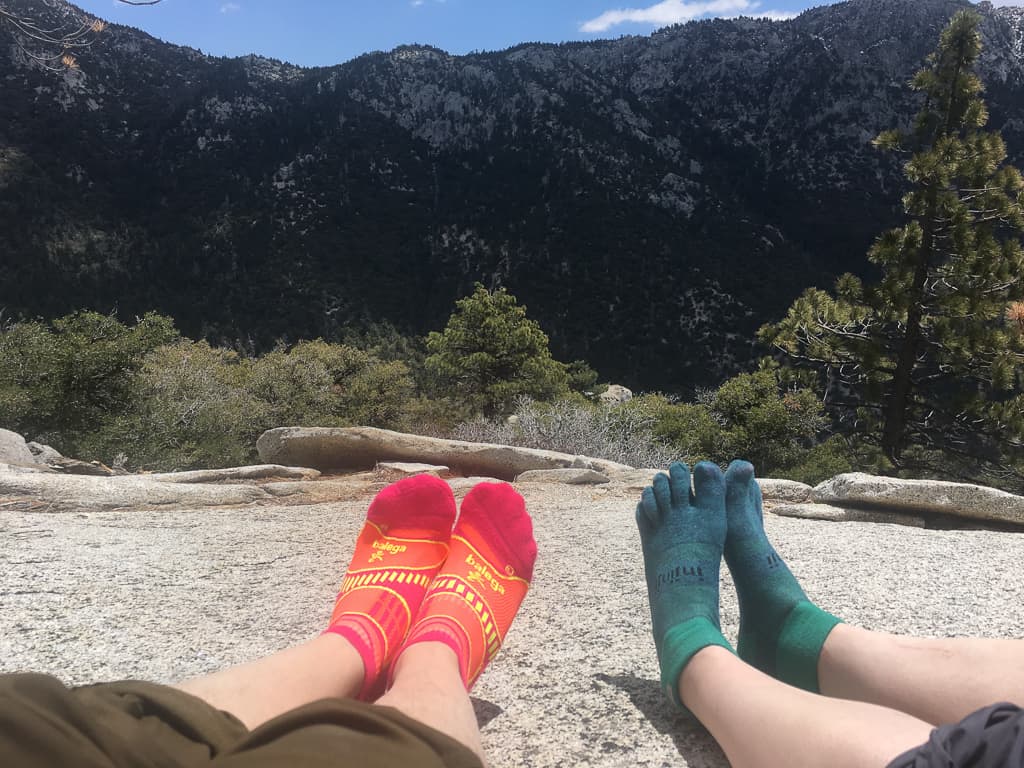 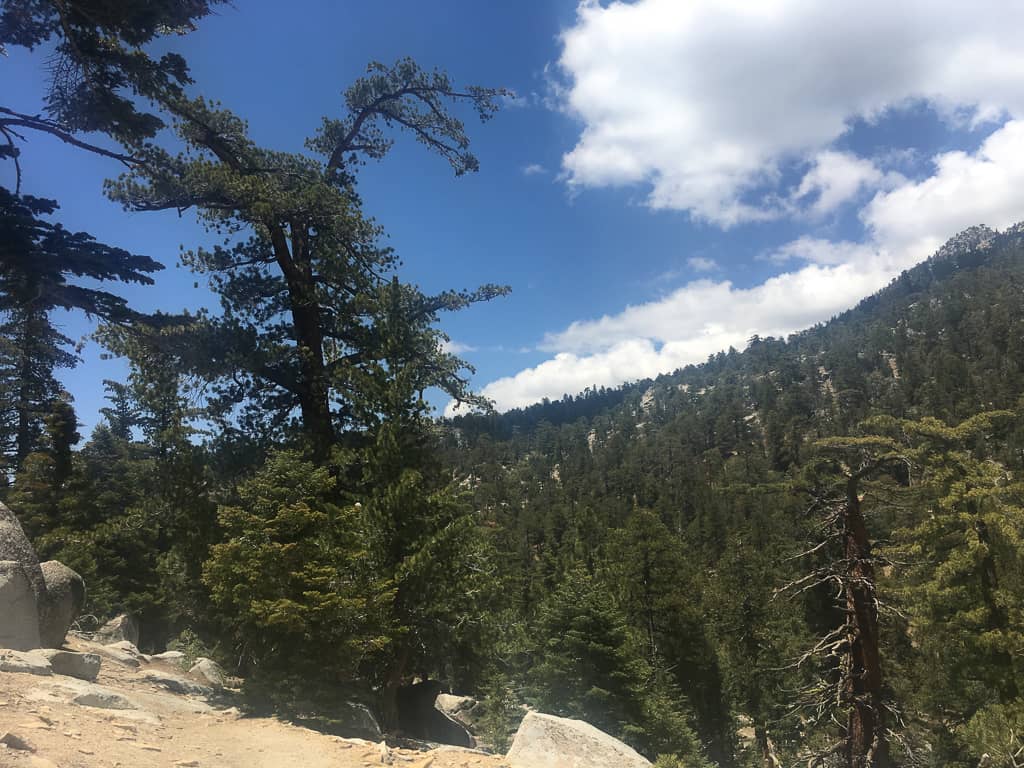 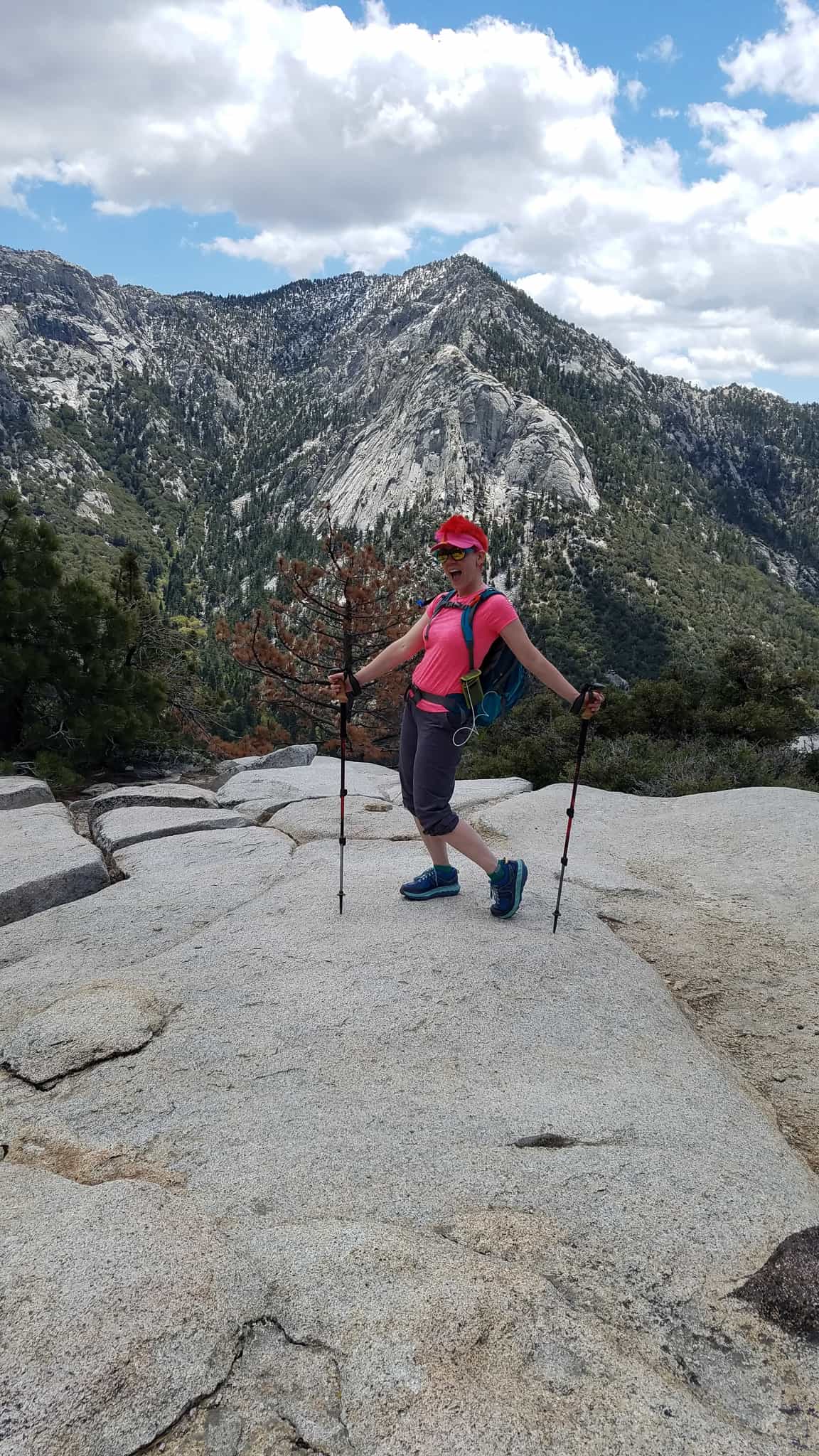 When you come back down Deer Springs to your car, it’s very easy to wander down a washout instead of the trail for the last 100 feet and pop out in a random spot on Route 243. In the event that you do so (we did), it’s probably quicker to just walk down 243 to the parking lot than to go back up to the trail.