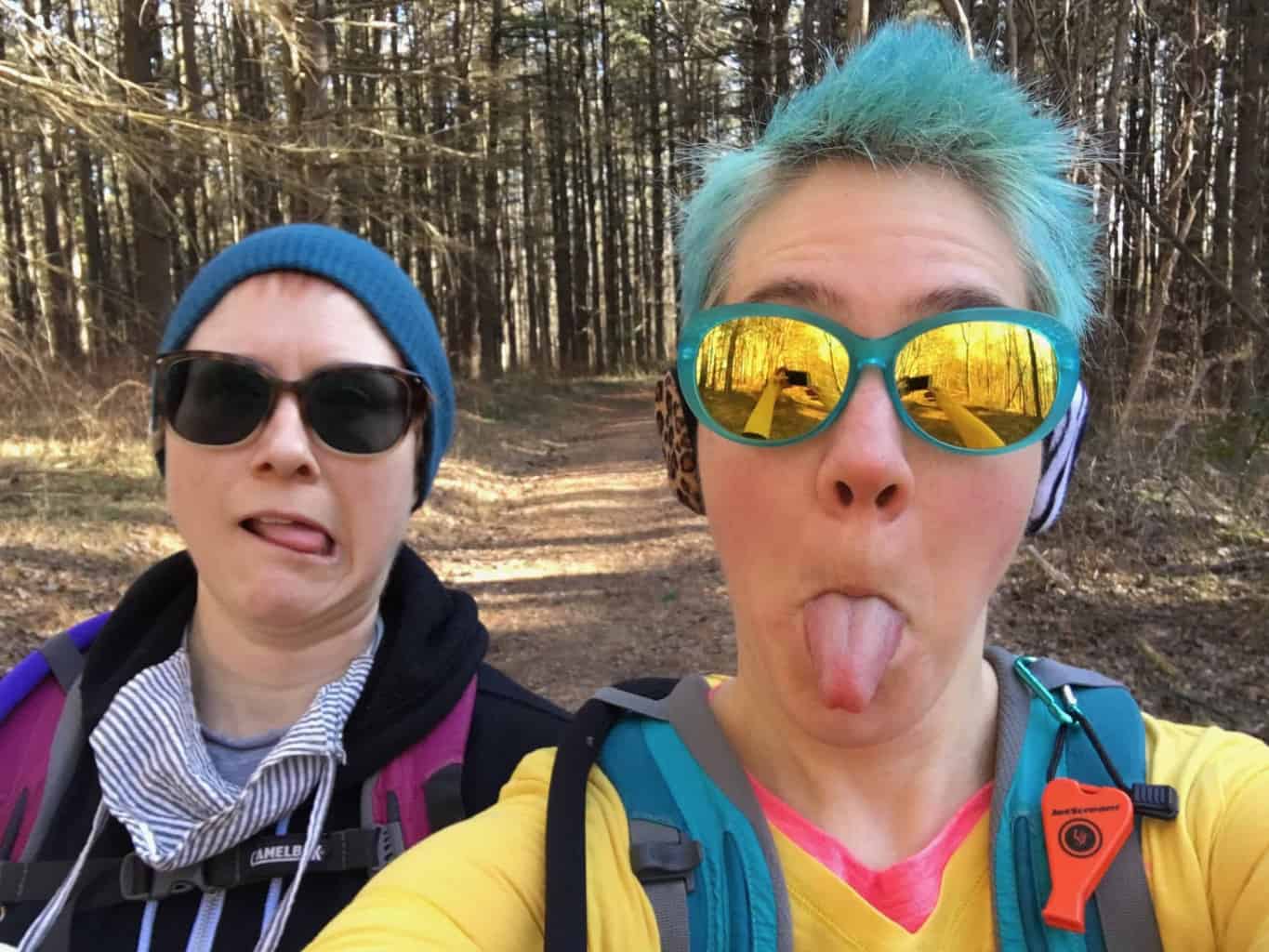 Park on a pull-off of Route 32, just north of where it crosses Liberty Reservoir, and you can too can enjoy the Liberty West-Morgans Run Trail.

Arrive before 9am on a weekend. We rolled in around 9:30am and were the third car. We saw almost no one on our way out to the peninsula. On the way back, we passed tons of people, and when we got back to the car around 1pm, the parking area was full. You’ll encounter even more people while out on the peninsula, as walkers doing the Coot Peninsula Loop will join you. Most of them have friendly dogs.

The trail is hilly! It’s a great heart and haunches workout. To maximize the hills, take the western half of the peninsula loop on both the out and the back; the eastern half is flatter. My hips were barking by the time we got back to the car. Oh, the mileage in AllTrails is wrong. It’s 7.9 miles, not 7.3. Maybe 7.8, we did overshoot the left turn on the way back and have to backtrack a bit.

There’s probably a lot of underbrush in summer, but in winter, the woods are pretty open and you have a beautiful view of the water most of the time. Still, there are enough evergreen bushy spots that you can hide in to pee.

The peninsula, in winter, is colder and windier than the protected and sun-drenched path along the non-peninsula, so expect to put some of your layers back on.

The path is dirt with the occasional rock. There’s a lovely carpet of soft pine needles at the beginning. We’d had a lot of rain and then a week’s break, and the trail was fairly dry on the way out to the peninsula. Definitely muddier on the way back as the frozen mud had thawed and gotten squishy and slippery.