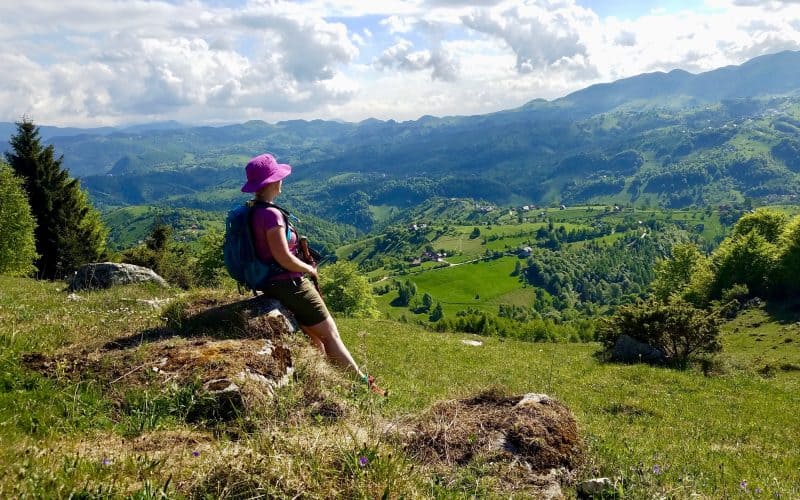 After Dar’s attempt to die in a foreign country from hummus-related food poisoning, an exciting ambulance ride through the Romanian countryside communicating with the paramedics via Google Translate, and the subsequent skipping of a day of hiking while we holed up in a hotel in Brașov so she could recover, we luxuriated for two days in Măgura, feeling like we had landed in the Alps. Retirement to Măgura was discussed.

Our self-guided walking tour suggested several local loops, including a bat cave. It failed to mention that the paths took you across what Dar, having recently worked on a farm, identified as electrified fencing, and some very threatening dogs behind fences of questionable quality, one of which slipped out of a hole in its questionable fence to menace us as we slithered past. The scenery was lovely, but I can’t say that I enjoyed the game of fence limbo or the aggressive dogs. 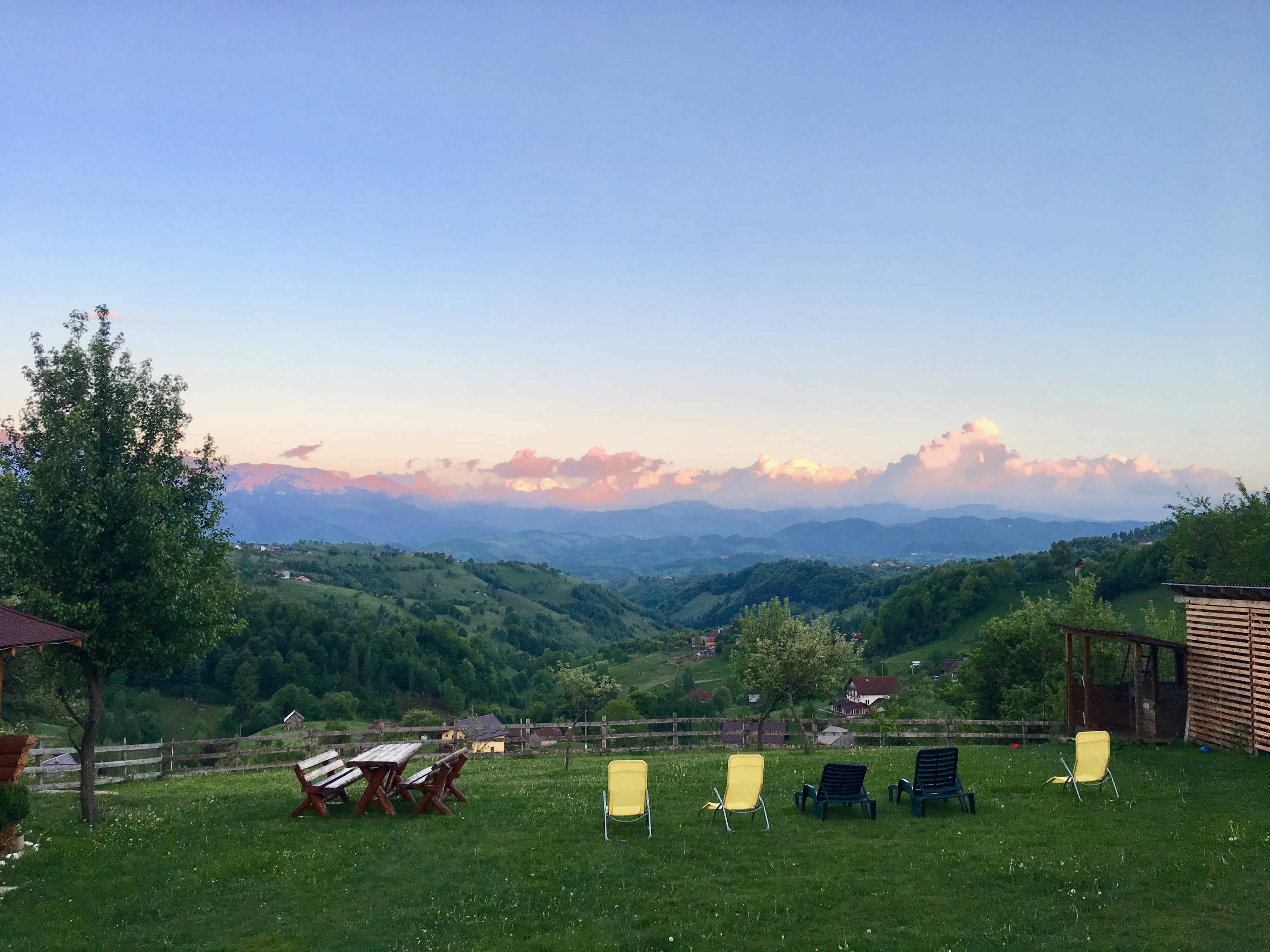 It had a large and friendly dog, Sam. 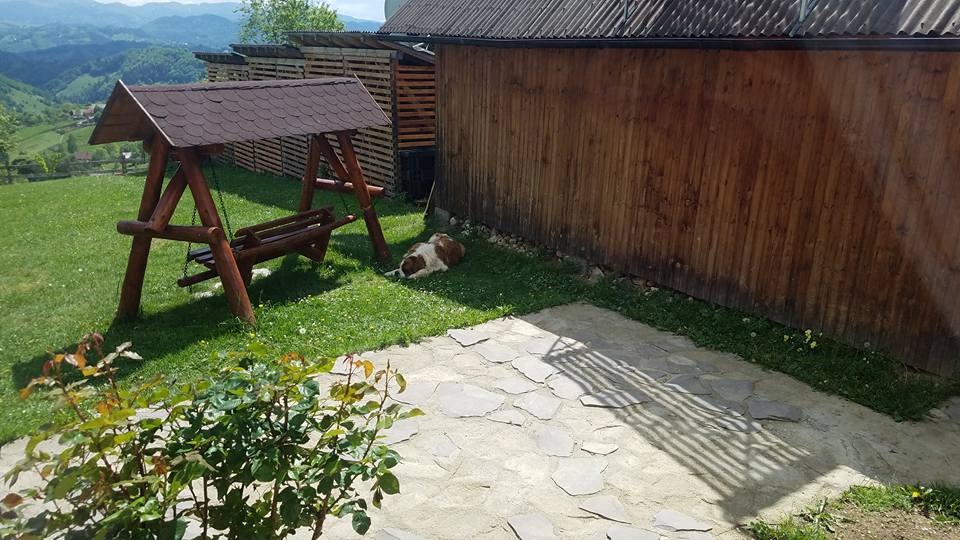 The storybook hills were dotted with storybook sheep sheds. 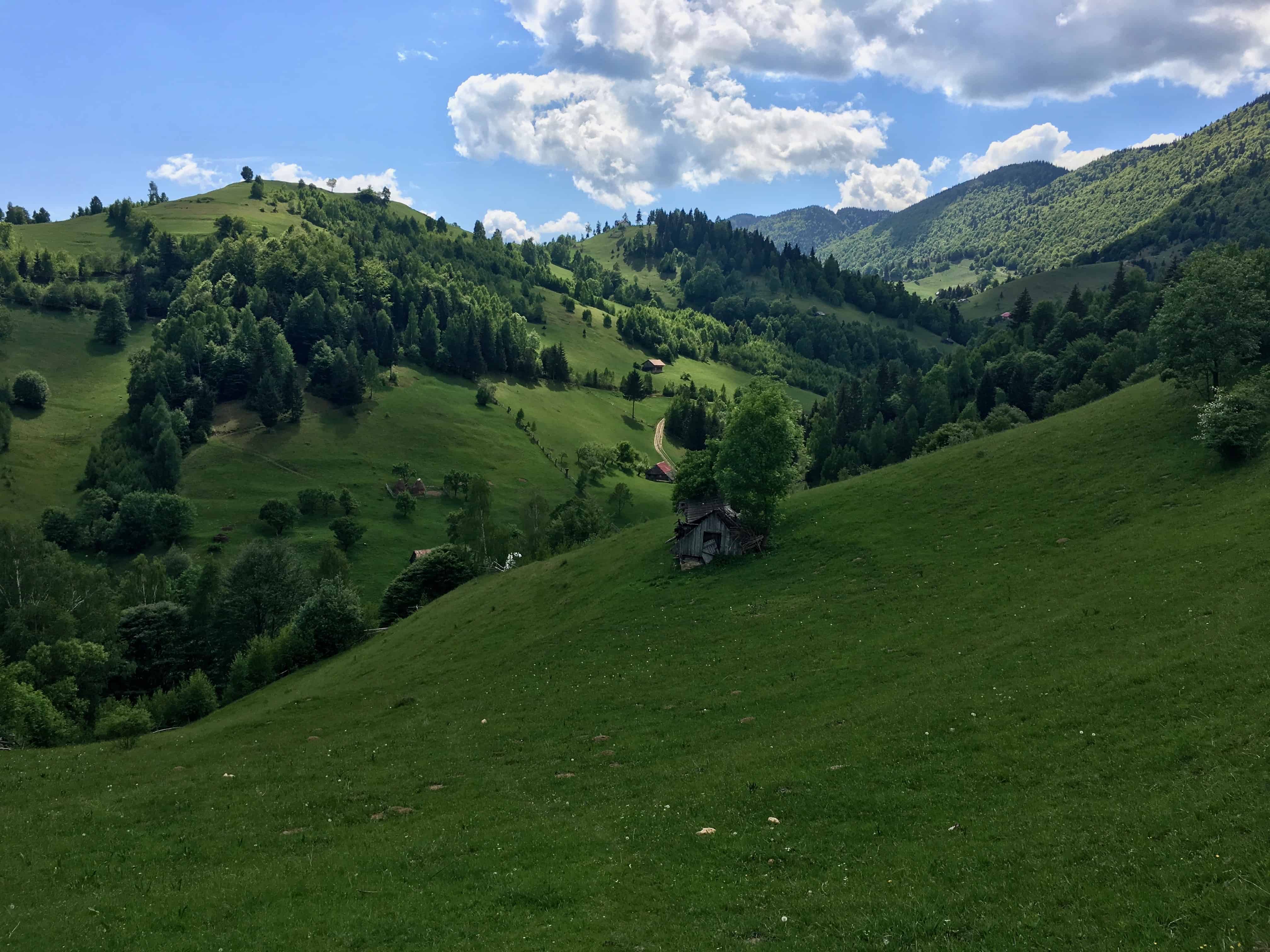 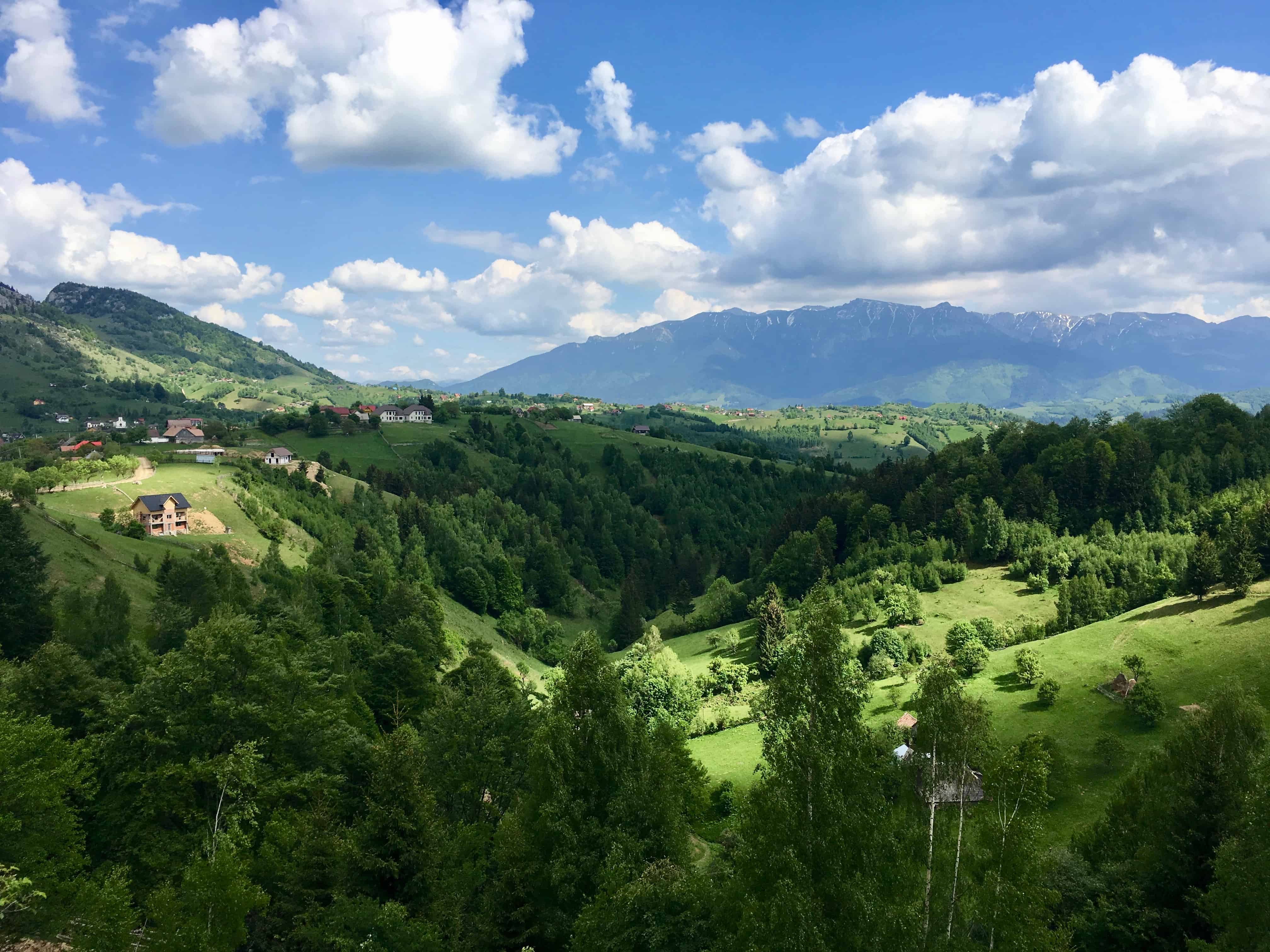 There are many pastures set among storybook forests. 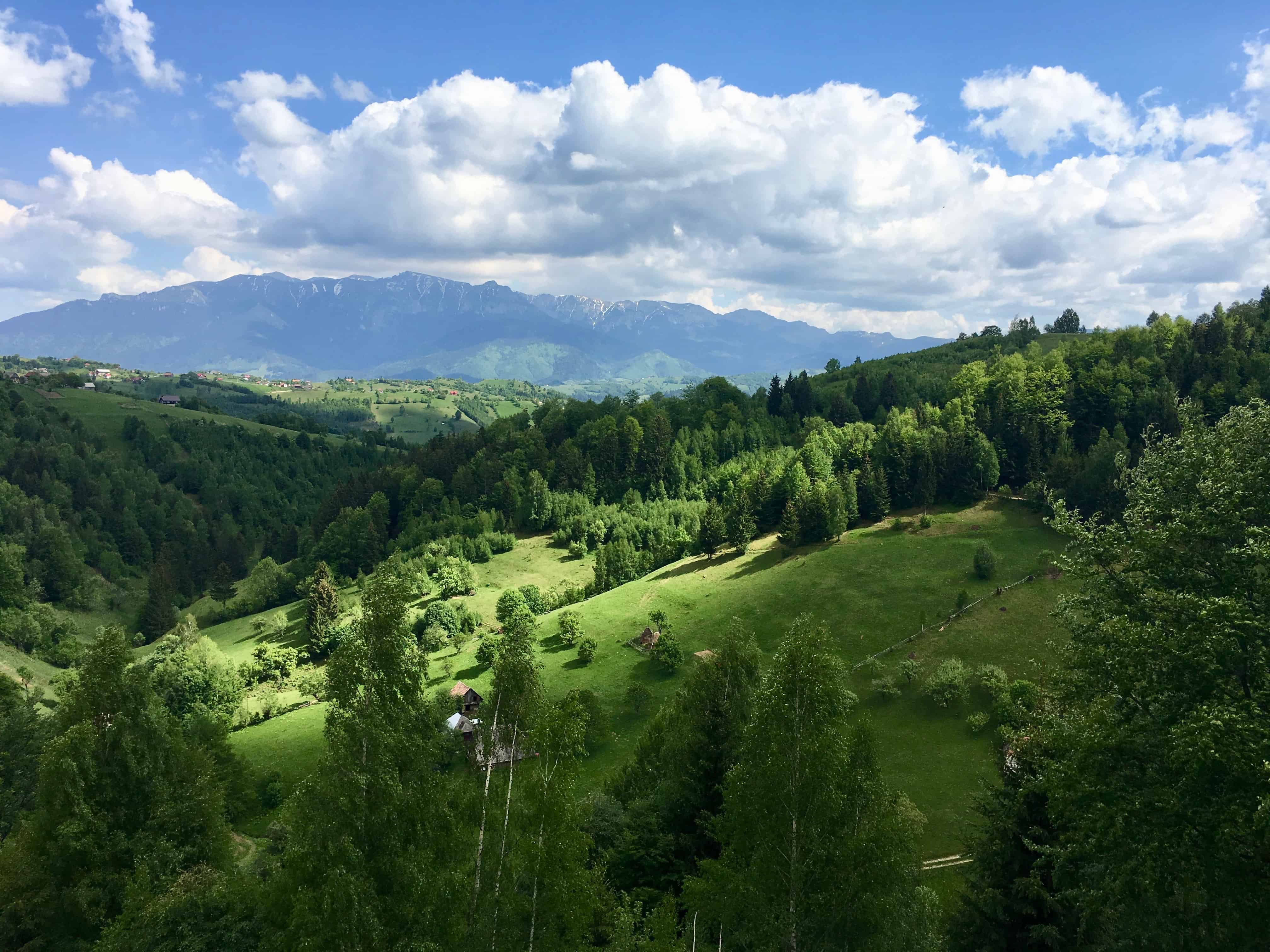 The storybook village is surrounded by storybook mountains. 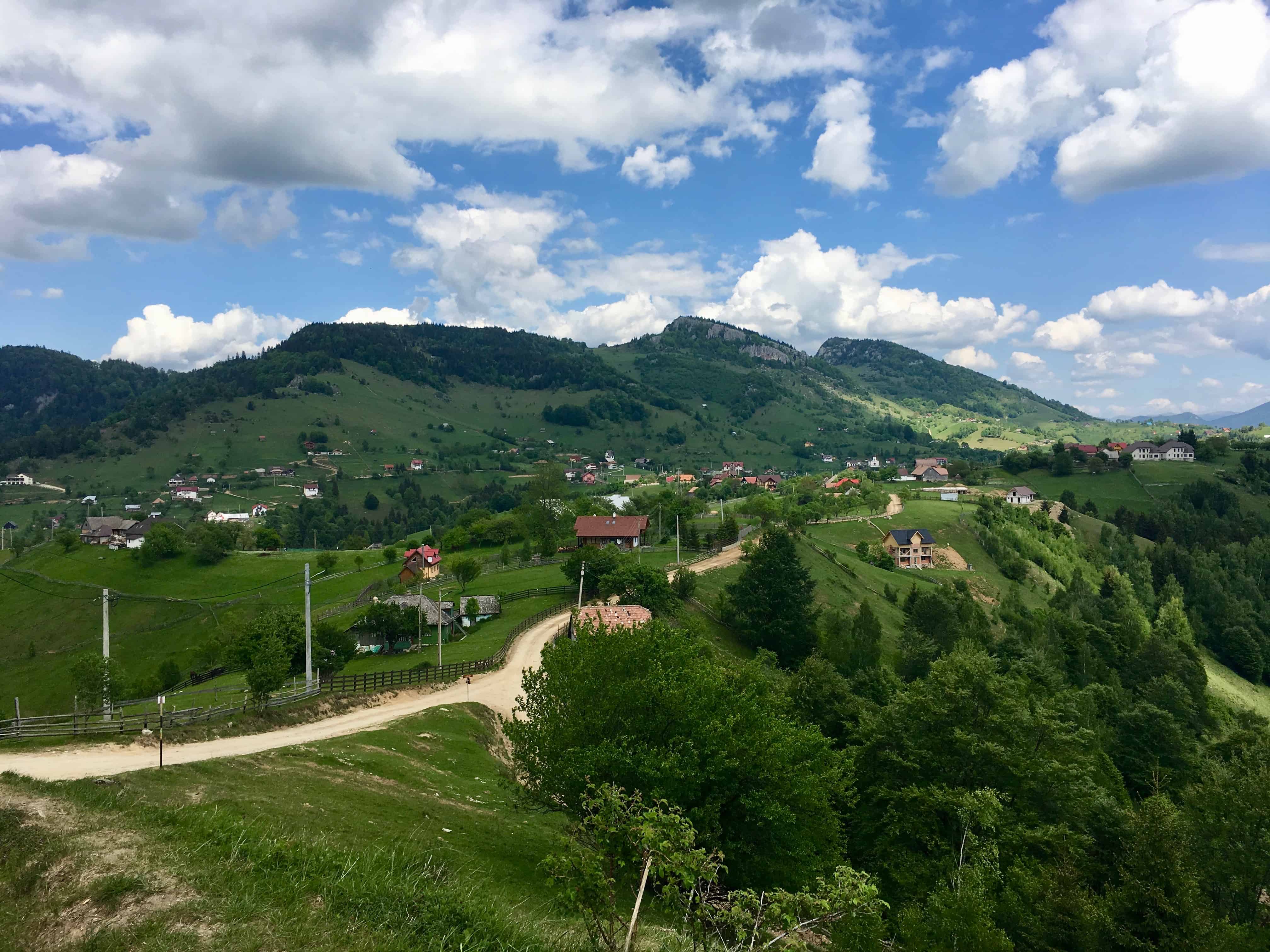 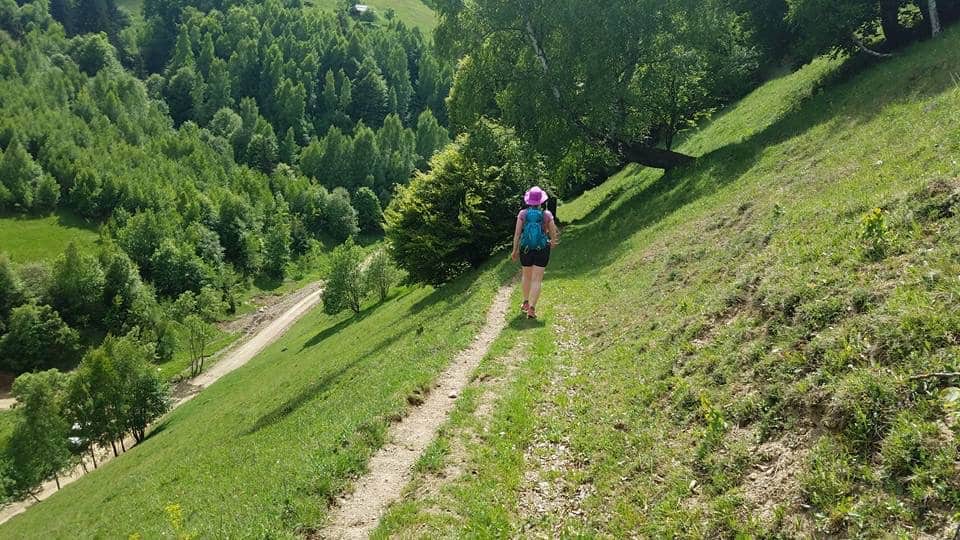 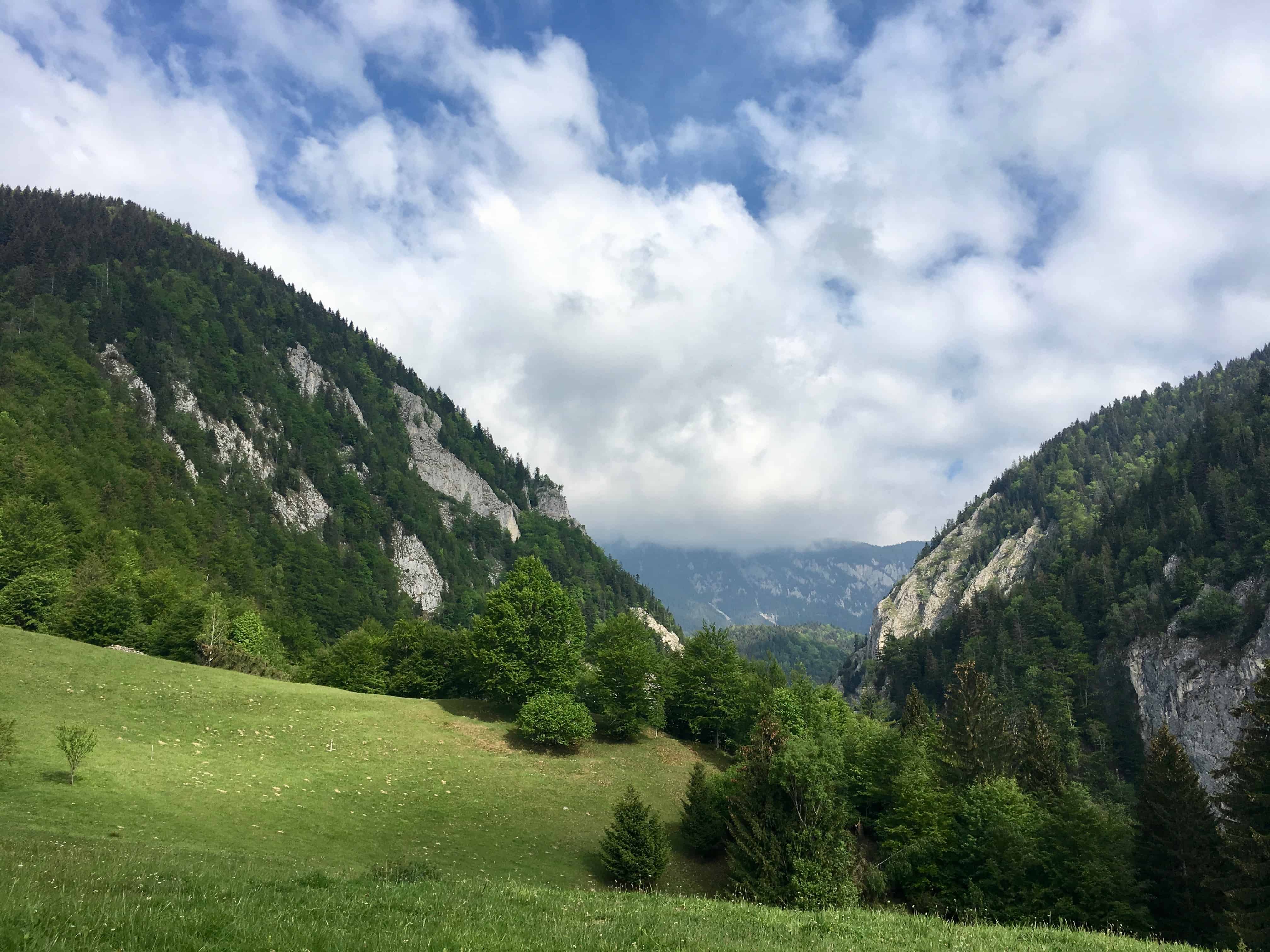 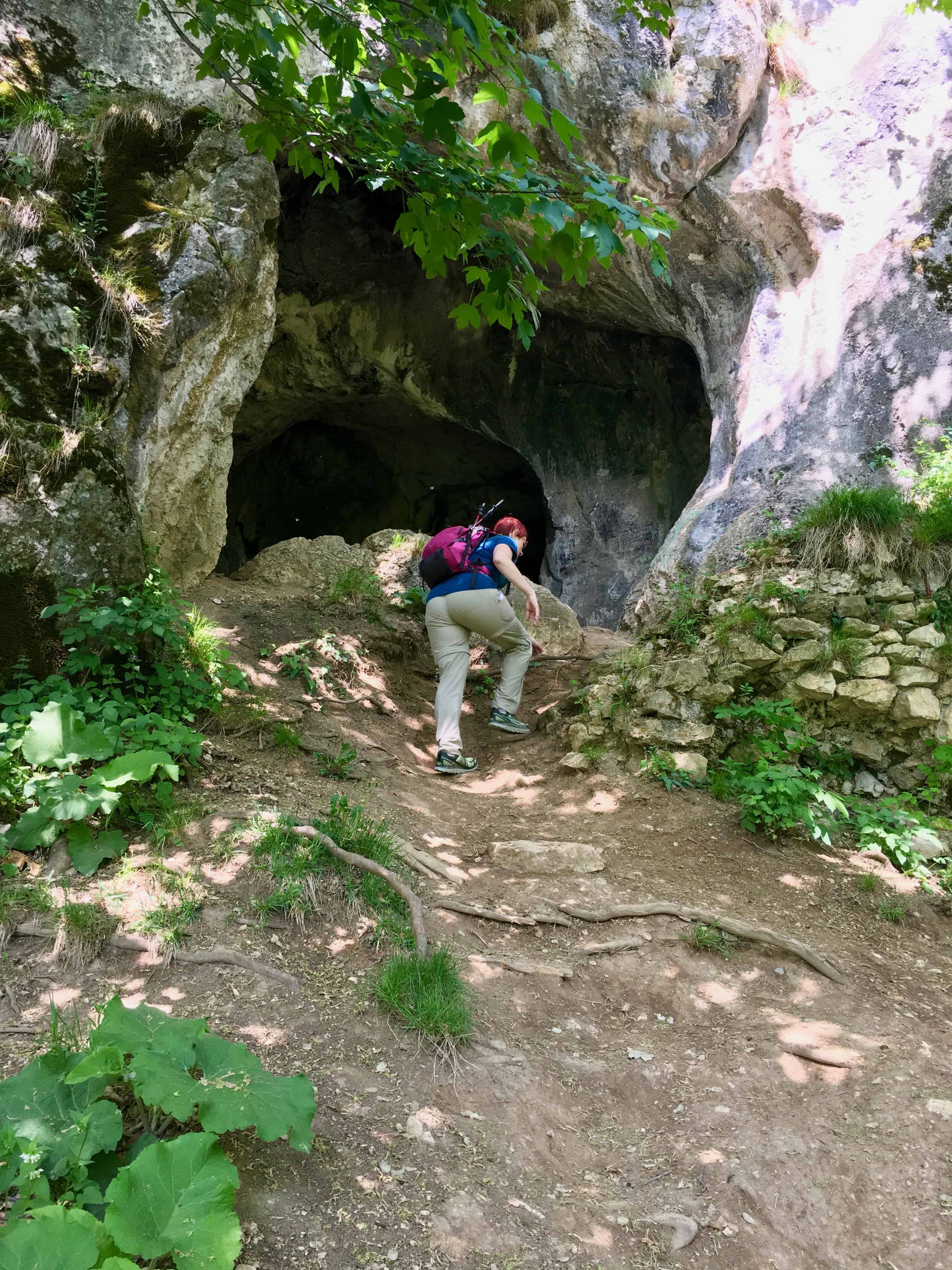 We saw no bats in the bat cave, but check out those adorable hay mounds. No mechanically-bound hay cylinders here! 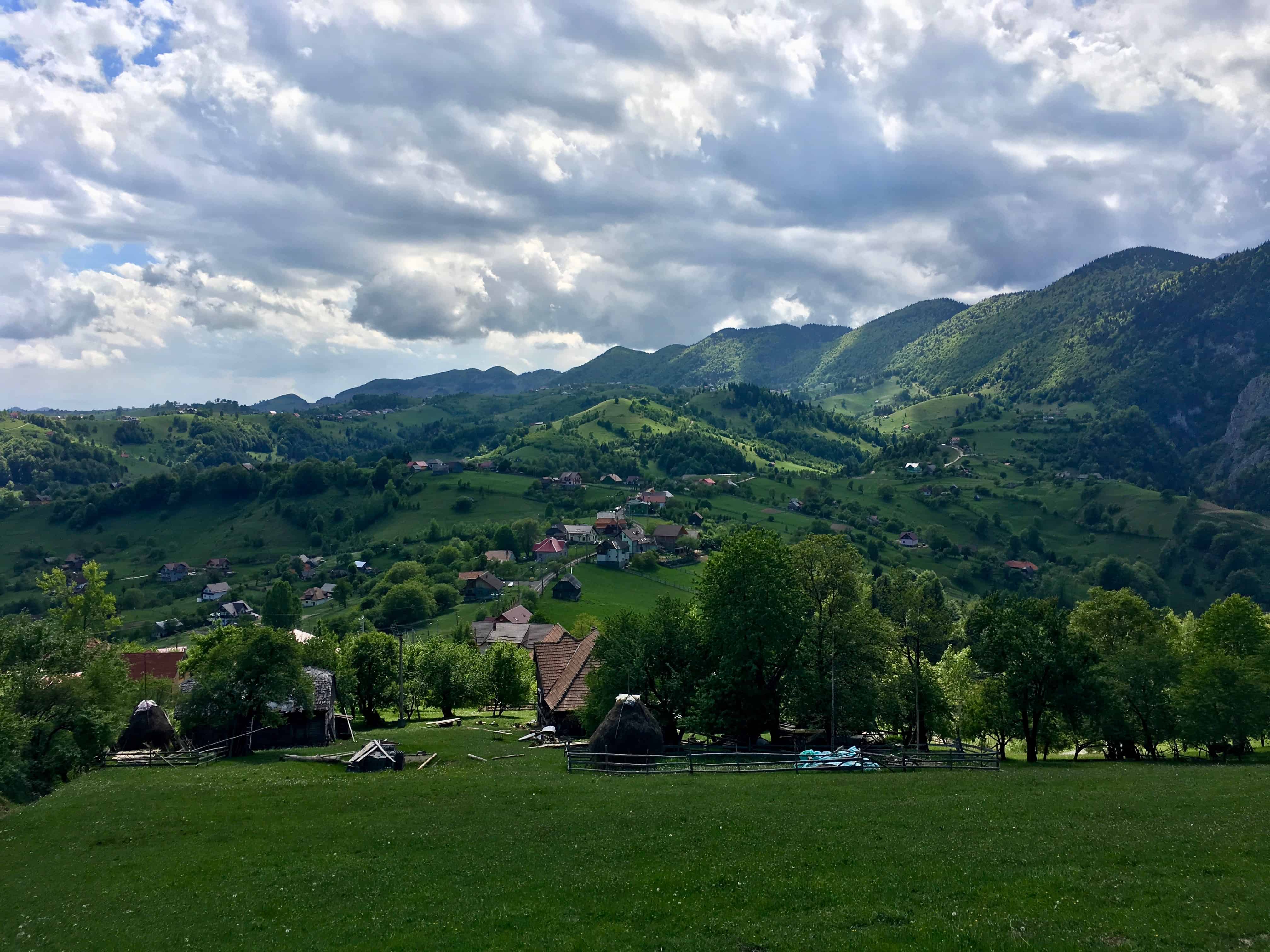 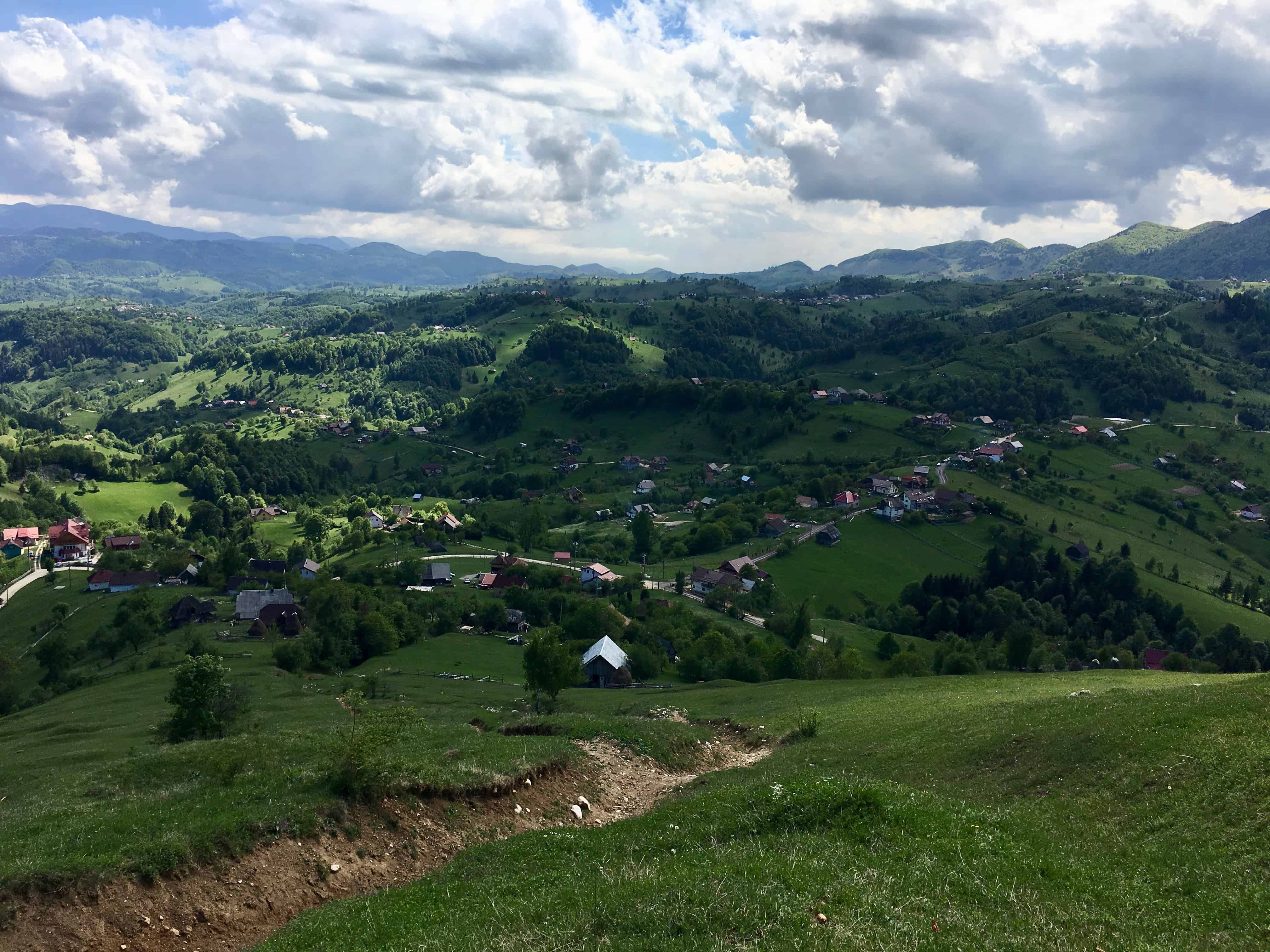 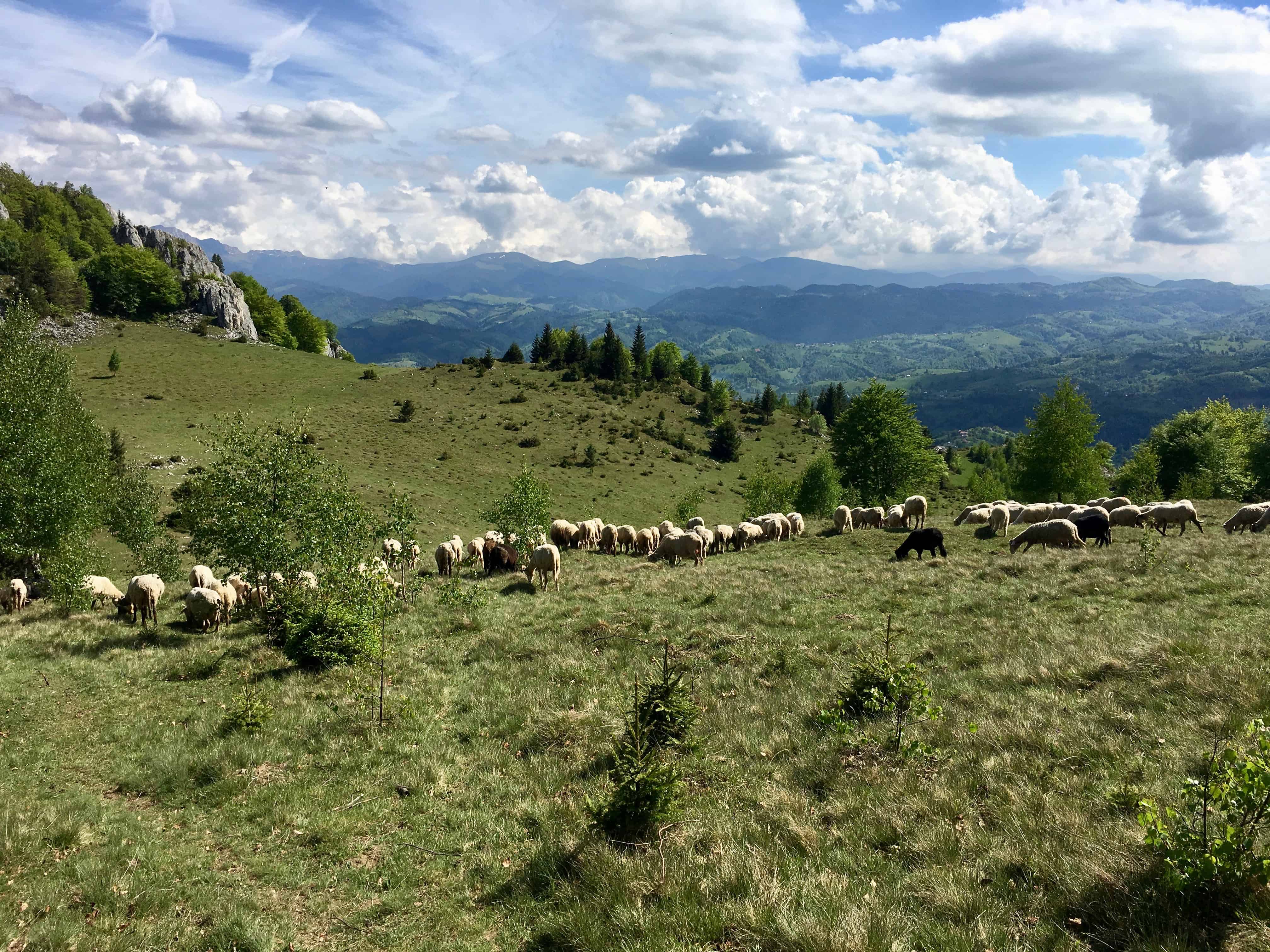 The sheeps have a sheepdog! 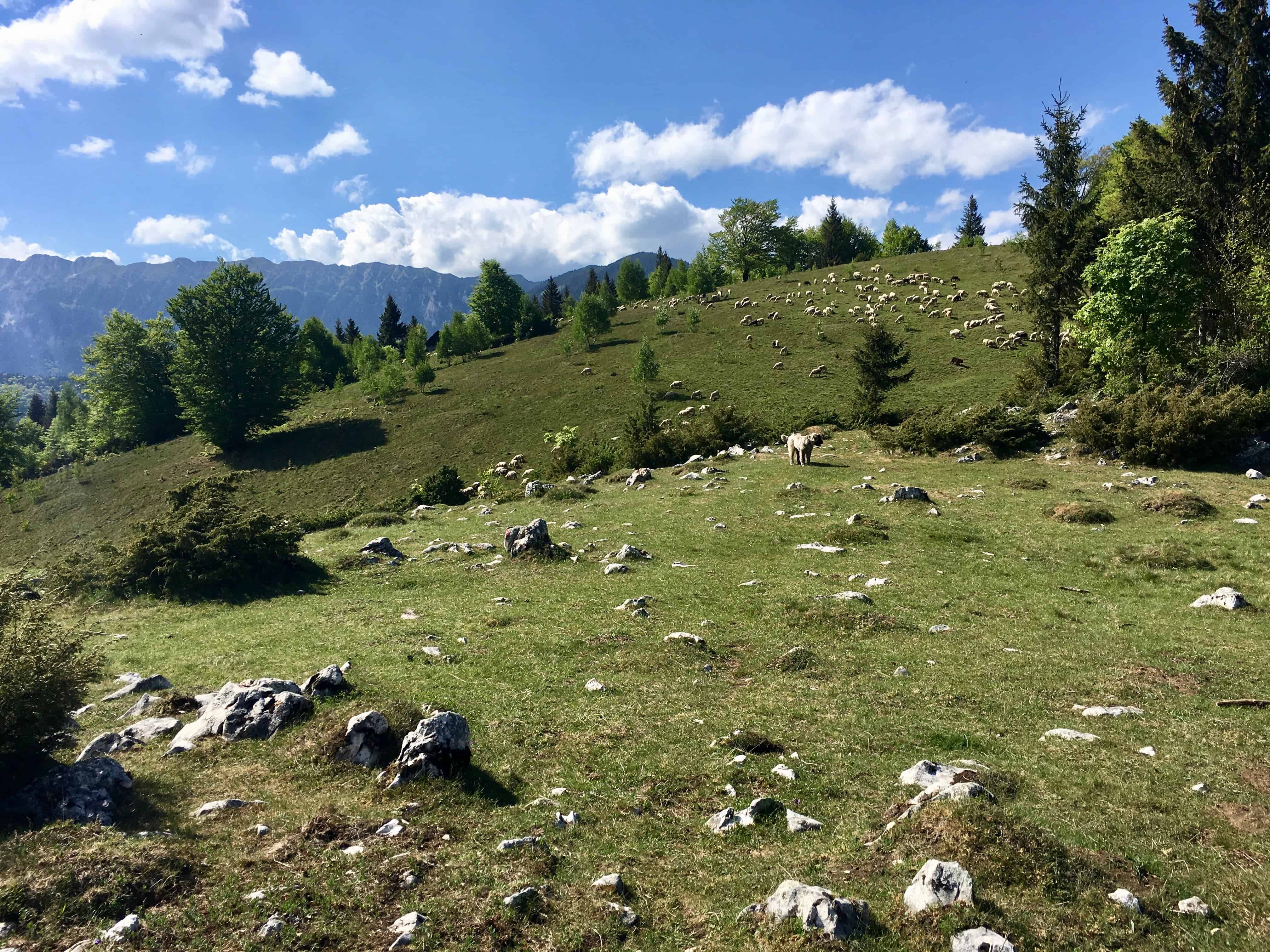 Ancient sheep huts look down upon the storybook valley. 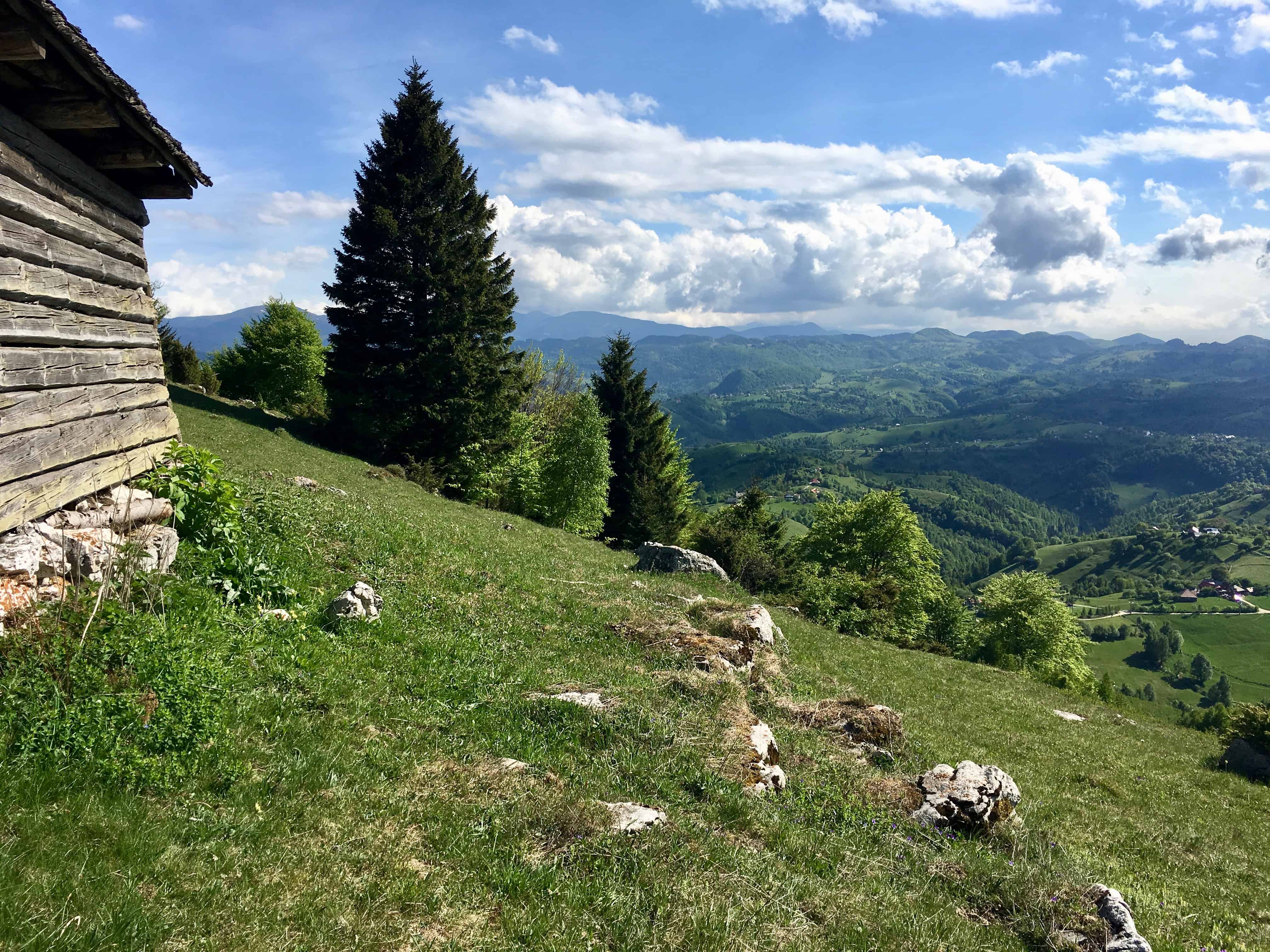 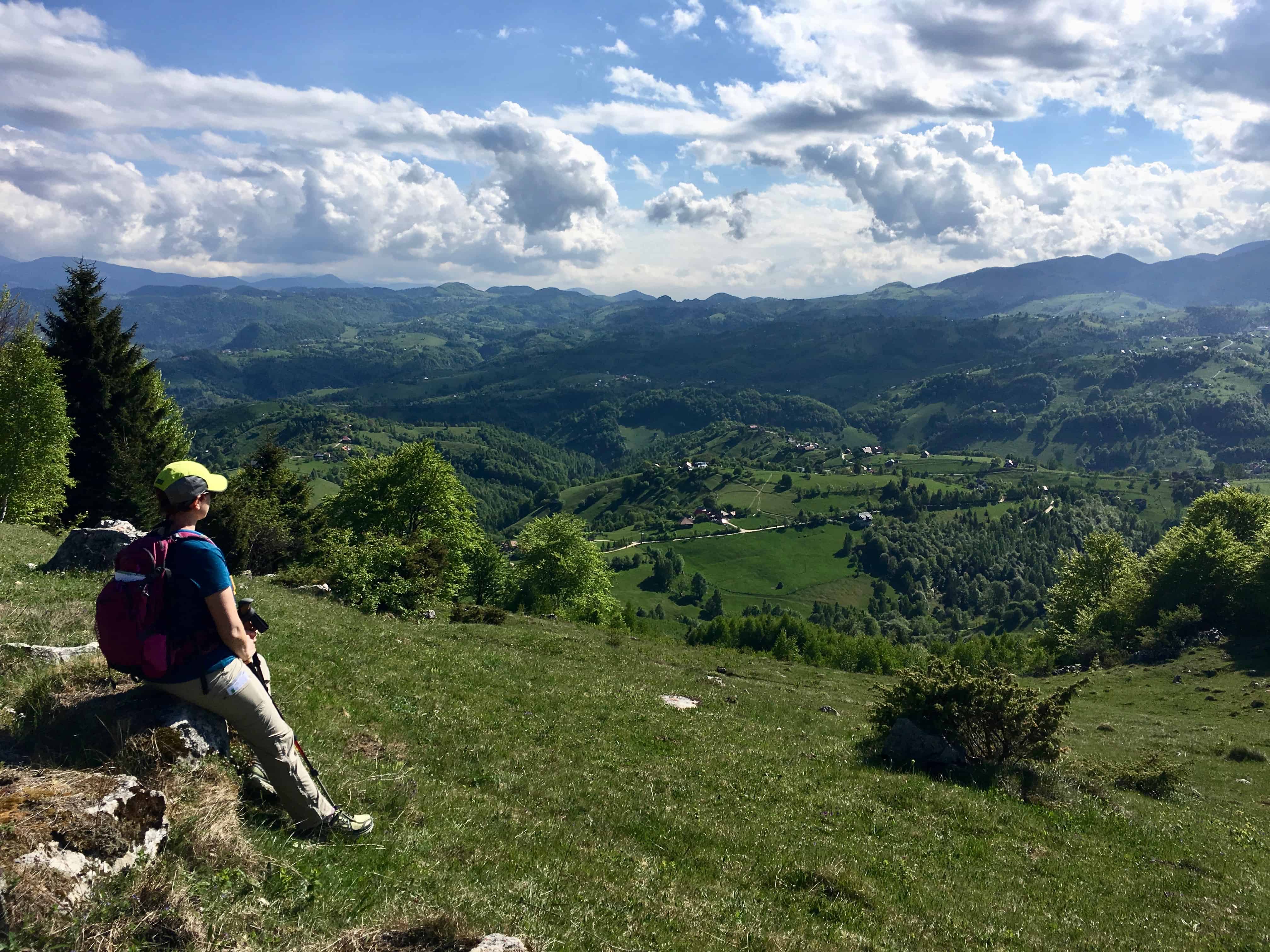 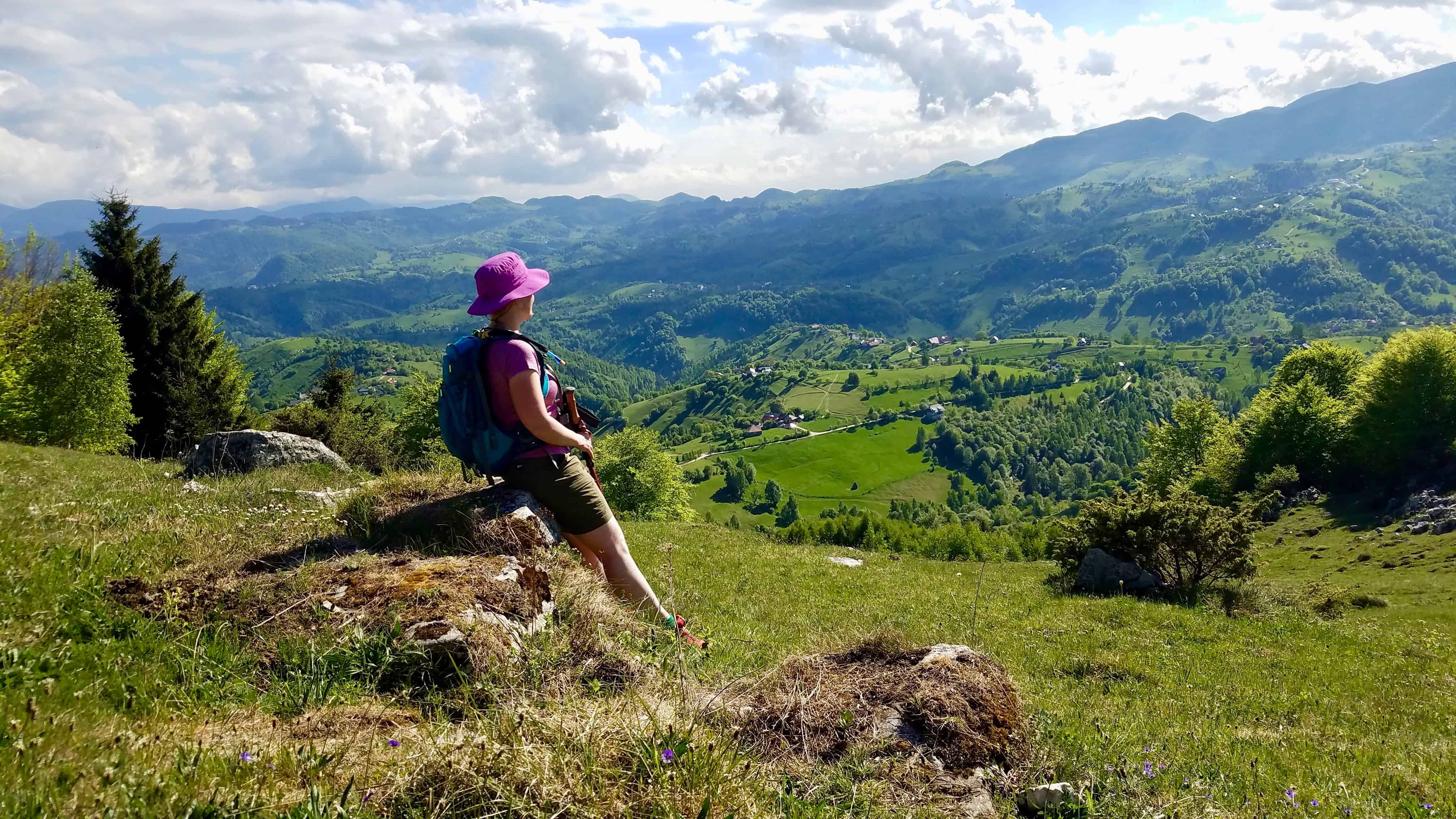 Seriously, considering retiring to Măgura. There is electricity, indoor plumbing, internets, sheeps, deeply relaxing vistas from one’s backyard … I didn’t see a grocery store, but there was food, so one presumes it comes from somewhere. And it’s Romania, so it’s cheap.